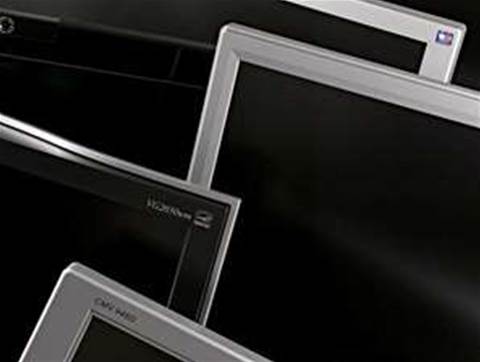 Hitachi has become the latest electronics manufacturer to be fined in a price fixing conspiracy that dates back as far as 2001.

The US Department of Justice (DOJ) said that the Japanese firm has agreed to plead guilty to felony price-fixing charges and pay a US$31 million fine.

According to the DOJ, Hitachi was one of four manufacturers who conspired to charge system vendors such as Dell and Apple at artificially high market rates for the components in TFT-LCD displays.

Hitachi's dealings are said to be limited to Dell for a roughly 3 year period between 2001 and 2004.

The $31 million fine is by far the smallest handed out to a company involved in the price-fixing scandal. Late last year, LG Display agreed to pay a US$400 million fine for its role in the conspiracy, while Sharp paid US$120 million and Chunghwa paid US$65 million.

Several executives within those companies also pleaded guilty for their roles and were ordered to prison time and fines ranging from US$50,000 to $20,000.

"Hitachi joins three other multinational companies who have admitted to their involvement in fixing prices for LCD panels sold to U.S. companies and that have already paid criminal fines totaling more than US$585 million," said Scott D. Hammond, acting assistant attorney general in charge of the DOJ's antitrust division,

"This case should send a strong message to multinational companies operating in the United States that when it comes to enforcing the U.S. antitrust laws we mean business."

Got a news tip for our journalists? Share it with us anonymously here.
Copyright ©v3.co.uk
Tags:
companies conspiracy hardware hitachi lcd million paid