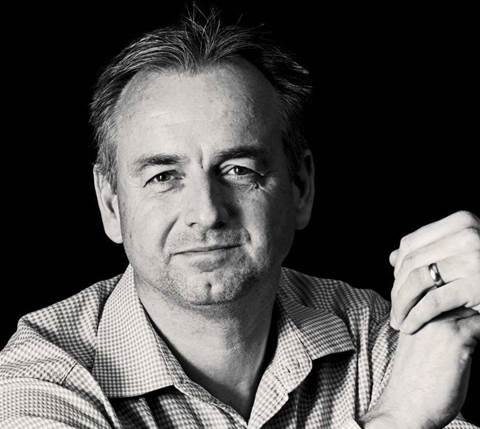 A massive shift in the corporate culture at Hills Limited driven by former Telstra executive, Ted Pretty, will see Microsoft take a major role in the company’s technology strategy.

The company, which earned a special place in Australian corporate history for inventing the iconic Hill’s Hoist washing line in the 1940’s, has revealed plans to take large tracts of real estate on Microsoft’s Azure public cloud platform.

In a parallel move, it has started to rationalise an ad hoc fleet of Android and Apple iOS devices to clear a path for Microsoft Windows-based mobile kit.

Speaking to iTnews at the Australian Data Centre Strategy Summit on the Gold Coast, Hills chief information officer Derek Brown said that the technology strategy was a direct reflection of Pretty’s “One Hills” vision for the company as group managing director.

“I’ve aligned my IT strategy to a much more demanding and innovative business,” Brown said.

Scrambling to ween the company off steel revenue, Pretty has steered the company through a flurry of divestment exercises and acquisitions, forcefully dragging it from under the ASX’s manufacturing and industrial category to the technology category.

Brown said the company’s technology culture was going from “cask wine” to “champagne”.

“Ted started driving it and probably the biggest shift has been with the new senior executive team. There’s pretty much only one guy left from the old team,” he said.

“We just launched e-commerce. We haven’t done it before. Can you believe that –a billion-dollar company and no e-commerce? It’s bizarre,” he added.

Brown inherited the job of overseeing IT for the holding company 12 months ago, and found 28 businesses operating in tight silos that have left its data centres struggling with disparate system suites and inconsistent business processes. Its IT department had become very passive, he said.

“There was very minimal investment and they were very reactive – they did what they were asked to do,” he explained.

The move would make it much easier to achieve Pretty’s “One Hills” or the so-called “Hills 2.0” vision, Brown said.

“I’d say 50 percent of our (software) stack would be Microsoft and potentially more depending on how we go. I might look at Microsoft SQL enterprise BI reporting because it fits with SharePoint pretty well but we have to get the business to a point where it makes sense to tackle that challenge,” Brown said.

Mr Brown lamented that the company had only 18 months ago refreshed its fleet of about 500 laptops.

Tha was limiting the pace of the Surface rollout to the laptop fleets' rate of attrition rather than the speed at which Microsoft could supply equipment, he explained.

“Because we’re trying to mobilise everybody, especially the sales force, we’re trying to reduce our support overhead (by moving) to something more standardised. It fits the corporate model better.

“We’ve had a nightmare trying to support iPads in a corporate world. People probably still have that challenge. We brought in Galaxy Tablets – there are issues with licensing, compatibility issues, support problems and so on.

“The way I see it is that bringing a Windows corporate player into that space – with Windows 8 devices and so on – makes our lives a lot easier. As soon as Microsoft can sell us some more there’ll be a queue of people taking them off our hands,” he said.

“They’ve probably got their own iPad at home anyway, but as a corporate device (the Surface) avoids the BYOD challenge. I’ve got enough other things I’m trying to fix without having to manage BYOD."

Hills had deployed 24 of the Surface devices at the time of writing.

Brown conceded that Hills would need to retain some support for iOS to accommodate staff partisan to iPhone handsets. However, he said that Hills was conducting a limited technical trial of six Windows-based phones with a view to further rationalising its support overhead.

“It’s too early to say that this will be our only offering and I think the reality is that I would like to say that this is all we’ll support, but you can’t get around people having their own preferences for iPhones.

“They’re never going away but, if we can reduce the amount in the fleet, we can lower costs to serve and simplify support. That’s a gradual journey,” he said.