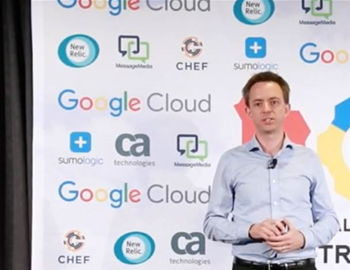 One of Australia’s earliest Docker adopters, the government-run health directories provider Healthdirect, wound up pulling the pin on the technology after six months.

Healthdirect emerged as one of only a handful of Australian Docker users back in mid-2016.

It saw containerisation as a way to improve its speed to deliver enhancements and new services, and to ensure the infrastructure underpinning those services could keep up with user demand. It also believed the technology would free up developers’ time to focus more on improving customer-facing services.

In reality, however, containerisation became an expensive time sink as Healthdirect fought a “complexity and immaturity” in the production readiness of Docker.

“Within three months, we realised we had a lot more work to do because the depth and complexity of challenges in that space weren’t abstracted for us,” Harwood told an industry gathering in August.

Knowing Docker was “bleeding edge”, Healthdirect decided to persevere, though Harwood now acknowledges this was a mistake.

“Because of the need to get this technology right, we’d lost sight of the value that we’d actually been hired to provide the organisation,” Harwood said.

“Our abstracted responsibility to the company was a fast, resilient and secure platform to deliver digital services on top of that health consumers can depend on, and we had to make sure it was in that state before we could provide it.

“And because we were chasing this long tail of complexity and immaturity in some of the technology stack, the opportunity cost to the organisation became unacceptable and we had to call it quits.

“Unfortunately, for me as the leader, that was my responsibility to have let it get to that point of doing six months of work before we realised this wasn’t on track. We should have made that decision about two months in.”

Harwood said that abandoning Docker left the team with “a lot of soul searching”.

Harwood believes some of the pain could have been avoided if the team had focused only on the needs of the end customer “to make sure that we don’t allow ourselves to become even somewhat enamored by trends and new technology if it distracts us from providing a better service at the end of the day to a customer.”

“When I took my eye off the ball we ended up making a six month mistake that cost the business time and the opportunity cost of my team’s investment elsewhere,” Harwood said.

Healthdirect ultimately decided to shift to serverless for its next-generation infrastructure.