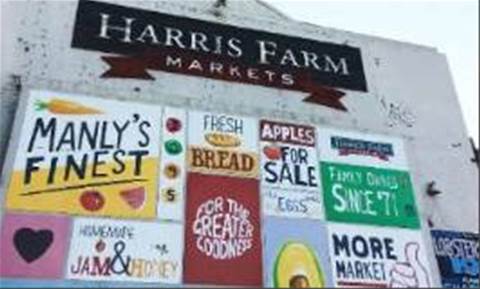 Harris Farm Markets has deployed artificial intelligence (AI) modelling across its supply chain to get the right amount of fresh produce on its shelves at the time consumers want it.

Head of IT Phil Cribb said the company began with a focus “very much” around fresh produce.

“That equates to roughly about 50 percent of the business ad it’s obviously highly seasonal, it fluctuates a lot.

“Traditionally it’s been very much ‘touch, feel, see’. We relied on the experience of the people in the buying teams.

With over two dozen stores in NSW, the scale of Harris Farm’s operations has made manual purchasing extremely difficult - a task that was further complicated over the last 12 months by drought, the ‘Black Summer’ bushfires and market disruption brought by the COVID-19 pandemic.

“We wanted to use the latest advances in analytics to support that key decision-making process,” Cribb said.

DataRobot initially worked with the grocer to implement a data-driven decision making model for a core subset of products, before iteratively adding to the model to include other demand forecasts.

The first iteration came online after a few months of gathering data on a wide range of points including seasonal impacts and customer numbers, with around 100 AI models focused on forecasting demand for fresh produce.

Using data from the previous day’s trade, predictions from the models were fed into the bespoke app Harris Farm’s buyers had already been using in time for the 2am stock purchasing that would provide the produce going onto shelves in time for the morning store opening.

After a few months of trials, the grocer adjusted the models to target deployments by store, allowing the chains to offer more locally relevant stock and turn off deployments for store that might be closed.

In total, more 400 deployments were made and 30 customer number forecasts were generated using 25 individual models for hourly numbers and five clustered models for daily numbers.

“I would estimate that we’re probably getting a tenfold capacity of our resources just through using DataRobot,” Cribb said.

The result has been increasingly accurate predictions about produce demand that has significantly increased Harris Farm’s ability to manage perishable inventory, cutting down on waste and improving profits.

By outsourcing the data science behind the models, the company’s IT team is able to focus on other tasks.

“We’re not really thinking about the technical parts as much anymore,” Cribb said.

“We’re spending that time understanding and interpreting our own business needs.”