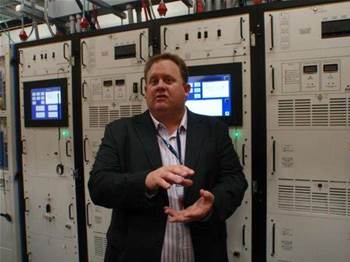 Hosting and managed service provider HarbourMSP has scrapped a deal signed in May to build a Melbourne data centre with E3 Networks, opting for a faster route to market with new Bevan Slattery-led start-up NextDC.

The switch essentially means that 1000 square metres of data centre space HarbourMSP would have purchased from E3 will instead be leased from NextDC.

HarbourMSP will be NextDC's anchor tenant in its new Melbourne facility, which is expected to go live by November 2011.

Vocus purchased E3 in late October for what had appeared to be a bargain price at $5.9 million.

"The Vocus acquisition was on again and off again and delayed the [E3] build," Hardy said.

"The terms of the [E3] deal had expired, and there was then a choice of data centre builds in the same area," Hardy said. "We had to sit back and make a decision."

Hardy said that whilst he has seen confidential NextDC design plans for the Melbourne facility, in the end it came down to trust that the NextDC team would build a quality Tier III, carrier-neutral facility on time.

He was swayed by NextDC's considerable financial backing of over $100 million and its management pedigree – which included Pipe Networks founder Bevan Slattery and the man that "essentially built Global Switch", Gordon Paddy.