Half of Qld Health IT projects at risk 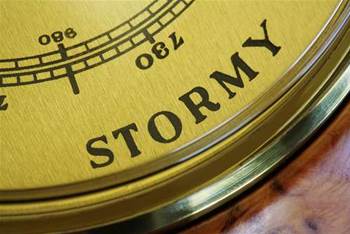 Queensland Health has reported that half of the major IT initiatives it has in play are at risk of delay, cost overrun, or project failure.

The Queensland government’s new IT project dashboard asks CIOs or other key stakeholders in an agency to assign a ‘traffic light’ marker to listed projects according to how they are tracking against budget, timeline and quality specifications.

Projects the agency feels are within tolerance boundaries are green, projects in danger of breaching these parameters without corrective action are amber, and projects encountering serious difficulties are marked red.

Of the 16 significant ‘ICT enabled initiatives’ underway at Queensland Health – collectively worth $170.7 million – two have earned red lights, six have been given an amber light warning, and two are currently on hold.

The first stage of Health’s Cardiac Information Solutions Program (CISP), a cluster of projects aimed at improving clinical information management across the state’s cardiology wards, has blown out to nearly double its $8.5 million budget, receiving a red light as a result. According to the dashboard expenditure now has reached $15.3 million, and the initiative is not expected to be completed until June 2016.

Meanwhile the department’s ‘rapid sign-on’ authentication capability, which will allow clinicians quick and secure access to electronic medical records from hospital terminals, is having some difficulty getting off the ground as Health waits for governance to be finalised.

The $5.4 million project is due to be complete by the end of next year but risks delays, earning it an amber light.

The transition to a new Standard Operating Environment (SOE) has enjoyed only “limited progress” — according to the dashboard — due to “the availability of resources, completion of approach options and consideration of total cost implications.”

Health’s $80 million replacement of its Finance and Materials Management Information System (FAMMIS) has been put on hold while the project's direction is reassessed. FAMMIS is based on a now unsupported version of SAP, and the department’s original plan was to simply upgrade to SAP ECC6.

However the like-for-like replacement, described by Health’s deputy director-general Susan Middleditch back in June as being like “putting an old timber wheel on a Ferrari” has now been paused while a more comprehensive program of application standardisation and rationalisation is weighed up by the department.

It is not all bad news on the Health IT dashboard.

To date the department’s migration off the Groupwise email platform to Microsoft Exchange 2007 is on track. Exchange is due to rolled-out to all of Health’s 80,000 staff by June 2014 at a cost of $38.5 million – slightly over its original budget but within tolerance parameters.

Health also claims that its Integrated electronic Medical Record (ieMR), which will become a “state-wide, authoritative single source of the patient records” is meeting targets although it has declined to post a value for the major initiative because it is considered “commercial-in-confidence”.

Senior stakeholders at Queensland Health are more likely than most to take a conservative view when reporting the status of IT projects. The agency attracted some unfortunate notoriety for its IT troubles, particularly a payroll replacement program - the cost of which blew out to $1.2 billion and became the subject of a commission of inquiry.