Half a million NBN fibre connections in limbo 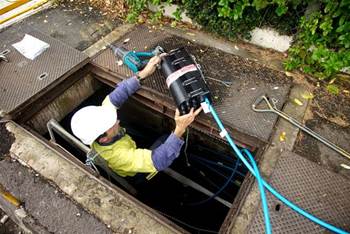 Will you miss out on FTTP?

NBN Co has culled ready for service dates for 506,850 premises in brownfields suburbs across Australia, casting doubt on whether those households will ever receive a fibre-to-the-home connection.

The network builder last night made sweeping changes to the data in its rollout map and to its website, hours after Telstra revealed large-scale changes to NBN ready for service dates.

Ready for Service dates denote when customers in a rollout area can take up a retail internet service.

But the changes that attracted the most attention are to ready for service dates. These were made in documentation that is infrequently published by Telstra Wholesale.

The changes appear to show the areas that will receive the final 300,000 fibre connections guaranteed in the interim statement of expectations that was given to NBN Co last month.

Kenneth Tsang, founder of myNBN.info, calculated that 307,800 premises in the new dataset have ready for service dates, effectively vetting the 300,000 figure provided by Communications Minister Malcolm Turnbull last month. A full list of the final brownfields fibre recipients can be found here.

iTnews' analysis of the new dataset shows an additional 506,850 premises in 256 fibre serving area modules (FSAMs) where a future with fibre-to-the-home is far less guaranteed.

These are rollout areas and premises that until now had been given a date on when to expect fibre-to-the-home connections that are ready to carry retail internet services. As of late last night, the ready for service date has been switched to "TBA".

NBN Co and the Government won't formally confirm which premises will miss out on fibre-to-the-home until a 60-day strategic review is completed late next month.

Are you in the half-million?

Read on for tables for all other states and territories.