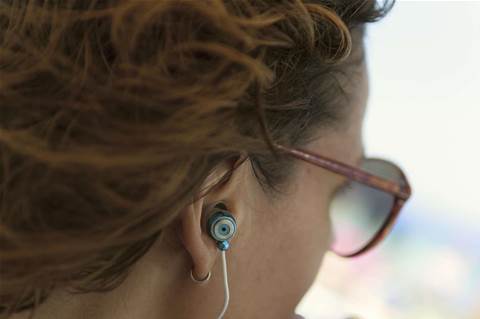 A US district judge held Grooveshark's parent company, Escape Media Group, and its founders Samuel Tarantino and Joshua Greenberg, responsible for the illegal uploads of 5977 songs by musicians such as Eminem, Green Day, Jay-Z and Madonna.

The judge pointed to "uncontroverted evidence" of direct infringement, including a 2007 internal announcement where Greenberg asked employees to "please share as much music as possible from outside the office", to speed growth.

"By overtly instructing its employees to upload as many files as possible to Grooveshark as a condition of their employment, Escape engaged in purposeful conduct with a manifest intent to foster copyright infringement via the Grooveshark service," the judge said.

Griesa ordered both sides to propose within 21 days a permanent injunction to hold further infringements.

The decision is the latest in a years-long clash between the recording industry and various websites over how music can be distributed online.

Grooveshark describes itself as "one of the largest on-demand music services on the internet," with more than 30 million users sharing in excess of 15 million files.

The company obtains licenses from many music providers. It said its policy is to honour copyright holders' takedown requests that comply with the US Digital Millennium Copyright Act and other intellectual property laws.

In court papers, the plaintiffs called Grooveshark a "linear descendant" of Grokster, LimeWire and Napster, all of which had been shut down because of copyright infringement.