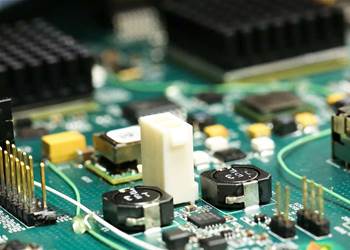 GreenTouch's proposed bit-interleaving passive optical networking technology is expected to significantly reduce how much energy is used over those networks (Credit: Alcatel-Lucent)

Today's internet, including all of its add-on services like Google and Facebook, uses only a few per cent of the world's electricity supply. The carbon footprint of the internet is roughly the same as the global airline industry.

However, the internet is growing much faster than the airline industry, and is on track to be the world's largest single greenhouse emitter.

To stem the internet’s growing carbon footprint, the GreenTouch global research consortium - an amalgamation of 60 industry organisations and universities, including the University of Melbourne's Centre for Energy-Efficient Telecommunications (CEET), Alcatel-Lucent, the University of New South Wales and NICTA - is reinventing the underlying technologies and the structure of the internet in ways that make networks more energy efficient.

GreenTouch aims to dramatically improve the energy efficiency of information and communications technology networks by a factor of 1000 by the year 2020.

Last week, GreenTouch announced an important milestone in its research program. It showed how the energy consumption of fixed-line networks can be significantly reduced.

The breakthrough is called Bit-Interleaved Passive Optical Network (Bi-PON) technology and will transform one of the most energy-hungry parts of the internet: the modem in your home.

Fixed-line internet access in most parts of the world today is carried over copper wires using asynchronous digital subscriber line (ADSL) or hybrid-fibre-coax (HFC) systems. Wireless 3G and 4G also deliver internet access and are the most energy-hungry of all access networks, having the largest carbon footprint.

The National Broadband Network (NBN) will improve the energy efficiency of the Australian network by replacing copper fixed-line networks with a more energy efficient fibre-optic alternative. Globally, it is anticipated that the penetration of FTTP networks will double over the next five years.

The global move towards fibre fixed-line networks will help to reduce the carbon footprint of the internet but the new Bi-PON technology announced last week goes beyond the improvements achievable with conventional FTTP technologies.

Bi-PON will enable an additional power reduction of 30 times over current FTTP technologies while improving performance and reducing cost. It achieves this improvement by changing the way in which data sent from the telephone exchange is accepted by the customer's modem.

Energy is expended each time the modem makes a decision to reject some unwanted data. In essence, Bi-PON circumvents the inefficient selection and rejection process and enables the required data to be accessed by the customer with much less energy consumption.

The GreenTouch announcement is targeted at future generations of FTTP equipment that can provide download bitrates of up to 400 Mbps. The CEET is working with Alcatel-Lucent Australia to develop other new, highly energy-efficient fibre access technologies that will eventually be able to provide download speeds of one gigabit per second and even more.

Such innovations are compatible with the NBN and demonstrate how FTTP access technologies are not only very energy efficient but also easily upgradeable as new high-speed and low energy technologies emerge.

No changes to the basic fibre infrastructure are required as new technologies for the user modem emerge, allowing fibre-based access technologies to help avoid the coming energy crunch on the internet and its associated services.

Rod Tucker is a director of the Centre for Energy-Efficient Telecommunications at the University of Melbourne and sits on the executive board of the GreenTouch consortium.