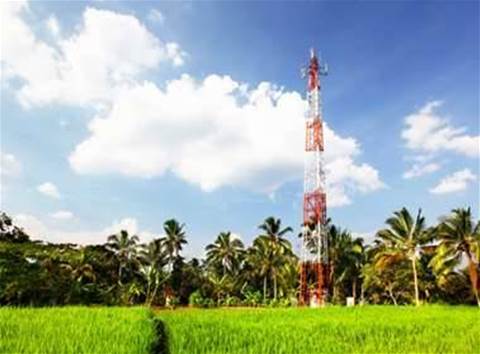 At a Senate hearing yesterday, the outgoing party leader repeatedly questioned representatives from government bodies on who held responsibility for ensuring compliance of emission standards from mobile towers.

Brown announced his resignation as Greens leader this morning. He will depart the Senate in June.

He sought clarification on emission limits that were imposed by ACMA's licenses for mobile carrier base stations, based on ARPANSA standards.

Of an estimated 18,000 mobile sites, Brown said ARPANSA had only audited 21 for scientific evaluation and testing purposes, while ACMA had independently measured measured emissions at the "less than a dozen" sites that had received complaints from the community.

He criticised how ARPANSA based its official emissions figures on predicted emissions, determined by external consultants on behalf of carriers.

"Way below 0.1 percent of sites is ever measured by anyone who could claim to be independent by the site owners," Brown said, arguing that the ARPANSA's mandate to ensure public health and safety.

"We have fisheries inspectors make sure you don't have snapper or flathead that are shorter than a certain amount caught and brought ashore. Where are the inspectors who make sure that EME [electromagnetic emissions] limits are met?"

Despite confusion throughout the hearing among ARPANSA and ACMA representatives over the issue, the Department of Broadband's assistant secretary of National Broadband Network regulation, Philip Mason, acknowledged that there was "no thorough, comprehensive regime that every time a new facility is installed, someone from the government goes and checks the EME levels".

Mark Loney, executive manager of ACMA's operations branch argued that, of those independent audits conducted by the watchdog, none had ever identified a site operating beyond the limits standard under a mobile carrier's license.

Loney and Mason defended the carriers' predictive reports, pointing to instances where they had in fact reported figures at two percent of the set limits and worked on "conversative" figures rather than trying to skirt health and safety regulations.

But Brown continued to push for greater regulation of the emissions.

"The very role of government is to ensure that industry does implement health protection of the wider public and, left to its own devices, it will inevitably not step up to the mark on that because it has other compelling reasons like profitability."

He also criticised ARPANSA for irregular reviews of emission standards for mobile towers, which are currently ten years old.

Under legislation proposed by Brown and key to the Senate hearings this week, the government body would be required to review such standards every five years in an effort to match some European countries which had set emissions targets far below current limits adopted in Australia along with North America and the UK.

Yesterday's hearing was part of a Senate committee's inquiry into a legislative proposal to give communities more power to oppose mobile tower installations deemed a risk to surrounding residents.

The Greens' legislation seeks to lengthen the mandatory consultation time between carriers, communities and councils surrounding a proposed tower, and require carriers to notify residents within 500 metres of a tower instead of 100 metres.

Industry bodies have highlighted studies suggesting such requirements would cost at least $2.2 billion annually in administrative costs and, in Telstra's case, up to $2 billion alone in notification costs.

The bill, pushed by Brown, shares similarities to legislation proposed late last year by independent MP Andrew Wilkie in the House of Representatives.

Wilkie's bill was slammed by a parliamentary inquiry as being too onerous and failing to take into account existing differences in the regulation of mobile towers at federal and state or territory levels.

But the Department of Broadband's Mason said Brown's bill risked the same failings, as it did not account for how free-standing towers were regulated at a state level while low-impact facilities were governed under federal law.

The bill also sought to significantly expand the definition of low-impact facilities which Mason said could lead to local council planning approvals for minor installations of wireless broadband or satellite antennas causing a "significant increase in the administrative workload for state, territory and local governments".

In extremes, he said, the bill could lead to onerous requirements when installing a wi-fi router within a private home, or maintenance of pit facilities.

"In our experience... the more controversial installations of telecommunications facilities are those involving free-standing towers... these are not low-impact facilities and are already covered under state and territory law," Mason said.

Brown acknowledged the potential failings of the bill's definition of covered facilities, requesting Mason talk to communications minister Stephen Conroy's office about a potential amendment to the bill.

The Senate inquiry is expected to report its findings of Brown's bill next month.