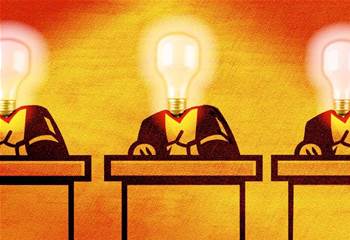 The Greens have questioned the Federal Government's long-term plans to privatise NBN Co, warning that privatisation could "lands us back in the same mess we're in today".

Alluding to the Government's privatisation of Telstra and subsequent competitive issues, Greens spokesperson Scott Ludlam urged the Government to reconsider its plans.

"The Government should pause and reconsider its thinking around privatisation, and learn not just from the mistakes of the past but also the direction in which the evidence is pointing right now," he said.

"At the very least, the Government should undertake a public interest test and require a vote in Parliament."

The proposal of a public interest test was backed by the Government's $25 million McKinsey-KPMG Implementation Study as well as the Competitive Carriers' Coalition (CCC).

According to the CCC, NBN Co when fully operational would be in a position to exercise market power, so appropriate regulations should be in place "before the safeguard of public ownership is removed".

"[It] makes sense that the Parliament should have a role in determining if the public interest is appropriately protected," the CCC stated.

"This should not create an unreasonable barrier to possible privatisation because both major parties are on record as supporting privatisation in principle."

The NBN and findings of the Implementation Study were discussed by a Senate Select Committee this week. McKinsey's evidence was provided behind closed doors at the request of the Department for Broadband, Communications and the Digital Economy (DBCDE).