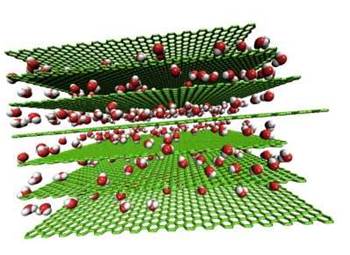 Smartphones could recharge in seconds.

Melbourne researchers have developed a graphene gel that would allow next-generation smartphones to recharge in seconds and have an “almost indefinite” lifespan.

The gel was a combination of water and graphene – one-atom-thick sheets of carbon – that won its discoverers a Nobel Prize in Physics last year.

For years, scientists have been working towards improving ‘supercapacitors’ that recharge faster than conventional lithium-ion batteries, and can undergo hundreds of thousands more charge cycles without noticeably degrading.

Existing supercapacitors store less energy than batteries, but use of the graphene gel could overcome this limitation. In 2008, a University of Texas team said graphene-based supercapacitors could store twice the energy of existing devices.

The challenge was to prevent individual graphene sheets from naturally re-assembling into graphite, which had a far lower energy storage capacity.

“When graphene restacks, most of the surface area is lost and it doesn’t behave like graphene anymore.”

Last year, Princeton University commercialised ‘Vor-x’ – sheets of graphene that were wrinkled so that they would not combine to form graphite.

The gel developed by Dr Li and his team allowed graphene to be used in supercapacitors, water purification membranes, biomedical devices and sensors.

The technology could also suit large-scale applications such as electric vehicles and renewable energy storage.

“Once we can properly manipulate this material your iPhone, for example, could charge in a few seconds or possibly faster,” he said.

Dr Li said Monash University was collaborating with the private sector to more quickly commercialise the gel. He did not disclose the companies’ names or estimated time to market.