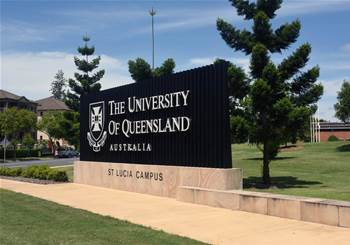 The graphics processing units of the University of Queensland’s high performance computing centre have opened up a promising avenue for treating Alzheimers and other debilitating neural disorders.

The Queensland Brain Institute at UQ is using the university’s Dell EMC-built ‘Wiener’ HPC facility to analyse human skull models in the hope of using ultrasound to deliver drug treatments across the blood-brain barrier.

FEM modelling calculates what happens to each element of the brain as ultrasound waves pass through the skull, allowing minute adjustments to be made to the ultrasound waves that allows certain drugs to travel across the blood-brain barrier.

The barrier, a highly selective membrane which normally restricts the flow of pathogens and other substances to the brain while letting helpful things like glucose and water across, currently limits or prevents drugs from reaching the amyloid plaque that builds on brain tissue and contributes to the development of Alzheimer’s disease.

Carroll said that Wiener is an ideal set-up to run the simulations on, thanks in large part to its large number of GPUs whose larger number of cores than CPUs make them well-suited to processing massive amounts of computational tasks in parallel.

It was initially built on Dell EMC PowerEdge R740 servers to provide a consistent building block for processing data sets across 15 compute and analysis nodes, along with two additional nodes for visualisation.

However, Wiener was revamped earlier this year due to increasing demand from UQ’s departments and research institutes, and now includes PowerEdgeC4140 platform - doubling the initial number of nodes and tripling the compute performance.

The new platform doesn’t use a PCI Express switch to get data back to the CPUs, meaning an 11 percent improvement on the time it takes to train machine learning algorithms and reducing the latency for internodal communication for distributed deep learning workloads.

Coupled with the university’s 100 Gigabit optical fibre network, Carroll said that the new speed and capacity of the system allows the Alzheimer’s research to be performed as close to the instruments as possible in real-time.

While the ultrasound technique is only just about to be tested on sheep (as a mammal proxy for humans), Carroll said speed will be vital to the success of the research to enable the ultrasound to correctly target minute sections living brain tissues.

It will also need to account for the unique variances in every skull and brain structure, whether it be a sheep or (hopefully one day soon) a human.