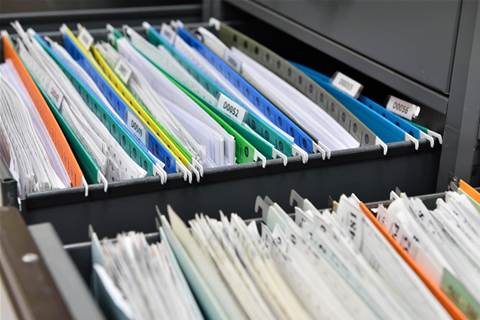 The federal government is unlikely to meet the digital records and information management targets in its principal Digital Continuity 2020 policy by next year, the national auditor has found.

The Australian National Audit Office has also labelled efforts by the National Archives of Australia (NAA) to police the policy as “largely ineffective” due to poor management.

The government-wide policy was introduced in October 2015 to digitise agency processes, in line with the government’s broader e-government and the digital economy objectives.

But a review [pdf] of the policy’s implementation over the past four years, released on Thursday, has found that government agencies are unlikely to meet that target.

“The Australian Government is unlikely to achieve the objectives of the Digital Continuity policy by the end of 2020,” the report states.

The auditor largely put this down to the NAA’s administration of the policy, which it said has been “limited in effectiveness”, with governance arrangements highlighted as having not been maintained.

While the agency is only charged with setting the government’s records and information management requirements, the auditor said it had been “largely ineffective in monitoring, assisting and encouraging entities to meet the targets of the policy”.

This is despite various attempts since July 2016 – when the agency first realised projects to support the implementation of the policy were not being well managed – to introduce effective administration arrangements to improve the program of work.

“The Archives has not developed an effective implementation strategy and has not maintained appropriate governance, oversight, and reporting arrangements,” the report states.

Three agencies assessed as part of the audit were found to have implemented a number of policy targets due by the end of 2018, though some were incomplete.

The only agency to have "fully implemented or made substantial progress against all of the targets was the Attorney-General's Department, while the Civil Aviation Safety Authority had implemented all but one.

The Inspector-General of Intelligence and Security was found not to have implemented a "number of targets", particularly those relating to the management of information digitally.

Based on this result, the auditor said the NAA was “not effectively target entities requiring additional assistance to implement the targets of the policy”.

“Risks to the implementation of the Digital Continuity 2020 Policy are not being effectively identified, managed or reported,” the report states.

The advice and guidance material issued to entities, however, was found to be “largely fit for purpose”, though there were some expectations around “clarity of terminology and timeliness”.

The auditor has recommended the NAA introduce “effective internal arrangements” to administer the policy, including for any successive policies, as well as a strategy for engaging with agencies.

While agreeing to all recommendations, the agency has suggested the percentage of agencies with an “established digital information management capability” now sits at more than 80 percent – an increase of almost 30 percent since the program began.

The agency also noted that resourcing issues over the last four years has forced it to focus on the delivery of services and products at the expense of the program.

“The NAA notes that during the course of the DC2020 implementation it has pursued opportunities to reduce internal ‘red tape’ and administrative overheads in order to improve its focus on delivery of services and products to the public as well as to Commonwealth entities,” the report states.

“Consequently there has been a reduction of staff applied to the governance of the DC2020 policy rollout.”

The NAA said it was currently working with agencies to design the next policy approach, which it said would be issued in early 2021.