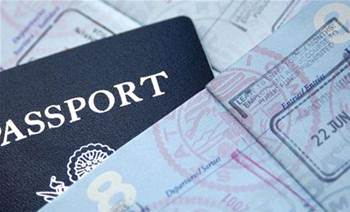 The federal government will pilot a new visa scheme this year to help companies lure skilled technology workers to Australia.

The 'global talent scheme' will be trialled from July 1 this year.

It will allow businesses with more than $4 million in annual turnover to sponsor a "highly skilled and experienced" individual for a role paying more than $180,000 into Australia.

Employers will however need to show that their existing Australian workers will benefit - via "skills transfer" - as a result of the individual being granted a visa, the government said.

The sponsoring organisation will also need to prove they have a track record of hiring and training locally.

Technology and STEM-based start-ups will also be given the ability to sponsor "experienced" international workers with "specialised technology skills".

The four-year 'temporary skills shortage' visa on offer under the pilot will give visa holders a pathway to permanent residency after three years.

The government said it would pilot the new visa for 12 months.

“We want to ensure that Australian businesses can access the best talent in the world, because this will underpin business growth, skills transfer and job creation,” citizenship and multicultural affairs minister Alan Tudge said in a statement.

“At all stages, Australians are prioritised for the jobs, but where the skills and experience are not available here, we want to be able to attract talent from overseas."

The pilot follows industry criticism of the country's skilled migration scheme and a warning by Atlassian co-founder Mike Cannon-Brookes that the scheme was not equipped to deal with the "massive job disruption" Australia is facing from the advent of automation.

Cannon-Brookes has long been a critic of the government's skilled migration regime, which he claims has made it more expensive and difficult to lure talent to Australia.

He claimed the government's recent 457 visa changes had "directly" hurt Atlassian, “damaged Australia’s reputation in the largest industry in the world”, and may force the company to move its headquarters overseas.

It also removed the option for permanent residency under the two-year scheme. The revised scheme was met with backlash from industry groups who said it disincentivised talent from coming to work in Australia.

The government initially cut a number of technology roles from the list of eligible occupations, but later revised the list.

However the likes of Cannon-Brookes and Google remain critical of the changes.

“Business-critical skills have been excluded from the longer term visa categories that are necessary to attract workers with the knowledge and experience required to train younger Australian employees,” Google said in January.

“On the long-term list is horse trainer; ICT manager is not on the long term list. Do we really need more horse trainers?” he saud.

"The lack of access to talent is the single biggest factor draining the growth of the tech industry in Australia."

He claimed the message Australia was broadcasting to the global technology industry was: "we are fundamentally closed for business".