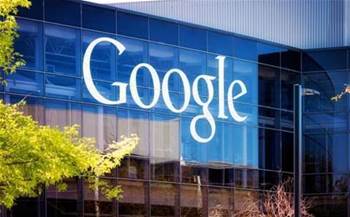 Google has been forced to “revise its Australian recruitment plans” in response to government changes to the 457 skilled migration visa scheme.

The web giant has urged the government to “fix” the scheme to help it attract overseas nationals with “business-critical skills” - as well as domain product knowledge - on longer-term visas. The comments were first reported by Computerworld.

Google complained that the current visa system is “uncompetitive compared to global peers” because it did not recognise “proprietary knowledge” as a required skill, nor offer the “long-term certainty necessary to attract people from overseas”.

Last August, the government dumped 457 visas in favour of a tightened temporary skill shortage (TSS) visa and culled 200 positions from the list of jobs eligible for skilled migration.

Most IT roles on the 457 list were spared under the new scheme.

But Google noted it needed skills in disciplines outside of those specific IT domains.

“Business-critical skills have been excluded from the longer term visa categories that are necessary to attract workers with the knowledge and experience required to train younger Australian employees,” Google said.

Google argued that proprietary knowledge ranked “among the most critical skill categories for workers within complex modern businesses.”

“This is not recognised in the structure of Australia’s current skilled migration system, which also pigeon-holes emerging roles in rapidly changing businesses into existing ANZSCO skill categories,” it said.

Google also wanted to see changes to the visa system to give workers the confidence to move to Australia in the first place.

“Uprooting a family to move across the world is a significant decision, and although Australia offers a high standard of living, the nation's current visa scheme does not provide the stability required for senior workers with families and children if their role falls into a short term skill category,” Google said.

“This makes it difficult to recruit workers, and means roles that are necessary for Google’s business operations are harder to place in Australia compared to other centres across the region.”

Google currently employs about 1300 people in Australia, the “majority” of whom are Australian.