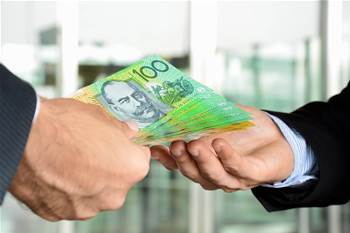 Asks that all entities limit payments.

Rules governing bonus payments in the public sector have been tightened by the government after revelations NBN Co handed out almost $78 million to staff last financial year.

The Australian Public Service Commission (APSC) on Friday issued guidance outlining new expectations for the payment of performance bonuses in all Commonwealth entities and companies.

It follows a review of bonus arrangements in the wake of public outcry over NBN Co making $78 million in “at-risk” payments during the pandemic, as well as the gifting of Cartier watches at Australia Post.

NBN Co paid almost $78 million to 3800 staff – or around three-quarters of its internal workforce – last financial year, with executives on $200,000 and above reviving an average bonus of almost $50,000.

The company has previously defended the payments, arguing that the NBN withstood a major stress test during the pandemic that was worthy of financial reward for those involved.

But the payout has drawn condemnation from the federal opposition, which last month wrote to the Australian National Audit Office seeking an audit of the bonuses and the “legitimacy of the underlying targets”.

Under the new bonus rules, which will apply from 2021-22, entities will need to exercise “rigour and restraint” and only use bonuses “in limited circumstances, justifiable to the parliament and the public”.

“Commonwealth entities and companies exist to deliver outcomes for the public,” the revised directive published on Friday said.

“Any performance bonuses much be carefully designed to clearly align with deliver a public benefit over and above expected outcomes.”

The rules ask that only staff in positions that involve “significant, at-risk investment outcomes”, meeting “significant, public milestones” or “non-tax revenue raising” will be eligible for a bonus.

Most positions, including in policy, service delivery, regulatory, or corporate roles, “should not be eligible to earn a performance bonus” as a general principle.

“Commonwealth entities and companies should avoid the broad use of performance bonuses,” the rules state.

“When bonuses are used, all Commonwealth entities and companies must be able to transparently justify the decision.”

The rules also ask that bonuses are “genuinely at risk” and not used to top up packages, and that they are only provided when performance can be directly attributed to an individual.