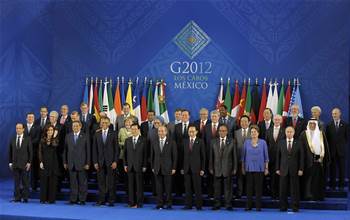 The Department of Prime Minister and Cabinet has paid systems integrator Thales Australia just over $17 million for an event management system to be used at the upcoming G20 summit in Brisbane.

The system will be used from the start of next month until December 2014. The summit itself runs for two days from November 15, 2014.

The group of 20 (G20) summit brings together heads of state from 19 countries as well as the European Union in a forum for international co-operation and discussion. Around 7000 attendees are expected.

The Thales event management system will manage the “accreditation and credential production” of delegates and media attending the meetings.

“It also has capabilities to support security and logistics functions needed to manage large international events,” a PMC spokesperson said.

The summit is expected to cost the Federal Government $370 million over four years.

The PMC also recently awarded UXC a $129,000 contract for Cisco switch equipment to be used at the summit, and a $76,000 contract for infrastructure-as-a-service hosting for G20 online environments to UberGlobal Enterprise.

Telstra was paid $55,000 by the Australian Federal Police for a bandwidth upgrade for the summit, and was also the winner of a 15 year, $457.3 million government wireless network for the state of Queensland.

The digital radio, voice and narrowband data network will be used for the state’s public safety agencies prior to and during the G20 summit, initially in Brisbane, the Gold Coast and Cairns.

It will later be rolled out to the rest of the south-east of the state before the commencement of the 2018 Commonwealth Games.

The Queensland Government's existing radio network is predominantly made up of two separate analog networks, operated by the Queensland Police and the Department of Community Safety.

The State Government has also hinted at potentially extending the network to cover the entire state.