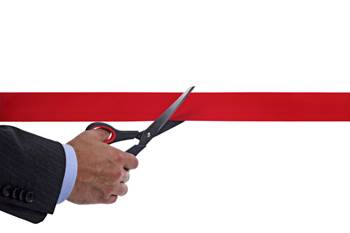 The Turnbull government is calling for submissions on its upcoming tax incentive changes for early stage investors, as part of its national innovation agenda announced last year.

The consultation focuses on what constitutes an "Australian innovation company", with the government proposing a large number of conditions to be met in order to determine if a business and its investors can avail themselves of tax incentives.

The discussion paper [pdf] says a company must have incorporated in Australia for the last three years, with assessable income of $200,000 or less in the prior income year.

Company expenditure must be below $1 million, and the business cannot be listed on any stock exchange.

First, based on the OECD's Oslo Manual, the government will use a set of principles to assess a company claiming to have a new, or significantly improved existing idea.

The Oslo Manual sets out principles for defining innovation, which the government listed as:

Importantly, innovation companies need to be capable of commercialising and generating value from their ideas, and taking them to global markets rather than doing business locally.

Companies must also exhibit high growth potential "through a management team being able to successfully scale the business as it grows, and maintain competitive advantages over incumbents or new competitors", the government said.

Beyond the OECD defined principles, the government wants to know if there are any additional principles that should be included in defining an innovation company.

A second set of tests or "gateways" which among other things look at if a company spends a certain part of expenses on research and development, and is part of, or has completed, an approved accelerator program, could also be used to determine if a company is eligible.

Accelerator programs might be regulated and registered to facilitate the gateway test, the government said.

As part of the of consulation, the government is seeking advice on which gateway criteria best define an innovation company, and if they meet the objective of attracting investment without unnecessary regulatory burdens.

The government would also like to discuss with stakeholders what types of investment - such as property - should be excluded from the tax incentives scheme.

It listed 16 excluded activities in the UK's Seed Enterprise Investment Scheme (SEIS) such as receiving royalties and license fees, legal and accounting services, coal and steel production, and farming.

However, the government is seeking feedback on whether further exclusions are needed, and said it doesn't want to limit areas with high-growth potential such as the financial industry.

Should companies and their investors get through the red tape, they could benefit from a range of incentives.

Inspired by similar initiatives in Singapore and the United Kingdom, the government is looking to give each eligible funding party a 20 percent non-refundable tax offset, up to $200,000 a year for investments up to $1 million.

Direct investments over $1 million, and which are held in qualifying companies beyond three years, will not receive a further tax offset, but the government said such funding would benefit from a capital gains tax exemption.

Ownership limits apply: an investor and affiliates cannot hold or have rights to more than 30 percent of the issued capital of an innovation company.

Indirect investments would also be distributed capital gains tax free, again if the funding was held for at least three years. However, indirect investment through an innovation fund requires the entity to be a company with the sole busines of funding innovation companies through share purchases.

Incremental gain in value for shares held for more than ten years will be subject to capital gains tax, deemed to be on capital account.

Sinking money into innovation companies is "inherently risky" and many investments will lose money, the government said.

For that reason, the government is considering limiting direct investment to "sophisticated investors" as per the Corporations Act 2001, "as a proxy to unlocking commercial expertise, and as a way to reduce administrative costs by limiting the disclosure requirements during fund raising".

Submissions to the consultation can be lodged via email before February 24 this year.

The relatively short period of time for the consultation process is due to the government being aware "that some investors may contemplate deferring their equity funding in startups in order to wait until the incentive is available."