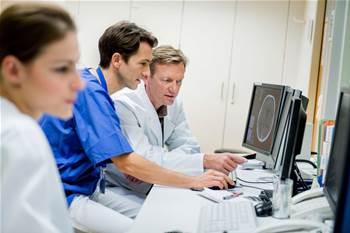 The Department of Health will renew efforts to address under-utilisation of electronic health records by the clinical community, with a training and promotion campaign due to kick off in January 2016.

Ahead of the May 2015 budget, Health Minister Susan Ley said the government would make the electronic health records ‘opt-out’ - giving all Australians an account by default.

Despite this consumer-side push, however, concerns remain that clinicians don't see enough value in the system and aren't uploading or accessing data at the rates the original PCEHR architects envisioned.

Richard Royle’s 2013 review into the electronic health records found the system needed to reach a certain “tipping point” of input by clinicians to reach a critical mass of usefulness that would encourage all doctors to take it up.

The Health department will set the wheels in motion to reach this milestone by commencing a targeted training and myHealth Record promotion drive in early 2016.

This week it approached training providers to design the education programs, including guided online myHealth Record simulations, that will underpin the campaign.

The department isn’t satisfied with the average 3500 clinical documents uploaded into patient records by healthcare providers each week.

“Feedback from healthcare providers and the health sector indicates that a more user focused approach is required – that is, education and training which focuses on what clinical and non-clinical staff need to know about the myHealth Record system and how to use it in the context of their day-to-day work.”

The material is set to cover “include tips and advice for how healthcare providers can integrate the myHealth Record into their daily clinical and business processes” and will be written in plain English “with the avoidance of jargon”.

Training will target clinical and non-clinical staff working within the country’s 7500 general practices, especially the 2300-odd that have yet to self-register to use electronic health records.

There are also 5200 community pharmacies, 144 aged care facilities, 556 allied health sites and 185 hospitals that will be eligible for the training.

Health received $485.1 million in the 2015 budget for the continued operation of myHealth Record, including trials of the new opt-out model in at least two sites in 2016.