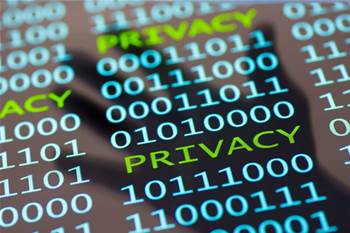 As it finalises draft legislation.

The federal government will release draft legislation within weeks aimed at improving the transparency of social media platforms in the way they use customers' data.

The draft legislation is in the process of being finalised before it is expected to be released for public discussion.

“We are ... working on exposure draft legislation that will specifically target social media companies and certain other online platforms, with similar themes in terms of ensuring that there's greater transparency about how personal information is being used and how consent is obtained, particularly from young people as well,” Galluccio said.

“We're in the process of finalising that legislation at the moment, and that will also be released for public discussion as well.”

The proposed legislation coincides with the department’s ongoing review of the Privacy Act.

First passed in 1988, the Privacy Act review commenced last year to check if the laws were still well equipped for the current digital age.

Galluccio added the review of the Privacy Act will “flush out” issues and seek to balance the privacy rights of the individual with those of the social media business, “ensuring that we can operate in a very digital economy.”

“One theme that's come through is that more work could be done to simplify collection notice requirements to provide greater transparency for individuals about the purpose for which their data is being collected.

“Another theme is that entities should be required to provide greater transparency through their privacy policies so that there's better information about how their personal information is being used and, in particular, if it's being used or disclosed for the purpose of influencing an individual's behaviour or decisions.”

Galluccio added the current Privacy Act relies “quite heavily” on a notice and consent model that is seen as posing limitations on the high volumes of information gathered plus the range of uses for personal information.

Some submissions also suggested “there should be some situations where, even if the individual does consent to the use of the information, that information still shouldn't be collected, used or disclosed,” Galluccio said.

“There should be some kind of notion of fairness and reasonableness in the circumstances to be able to collect, use and disclose that information.”