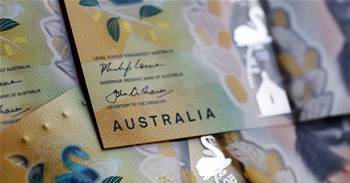 Finance dept connects to the NPP.

Federal government agencies can now access urgent funding during business hours or on the weekend through the New Payments Platform (NPP), ending a decades-old reliance on manual cash management processes.

After a two-year project to bring real-time settlement to the government, the Department of Finance commenced using the NPP - which has been available to financial institutions since 2018 - in March.

The department has been working to modernise cash management processes by linking up the to the platform since receiving funding in the 2018 budget to drive productivity improvement across the public service.

Using the NPP allows Finance - as financial manager of the Commonwealth's cash management system - to better manage the billions of dollars of public funds that flow in and out of government each year.

It does this through the government’s central budget management system (CBMS) – the platform used by Finance and other agencies to put together the Commonwealth budget and track spending against throughout the year.

Until March this year, federal funding - more than $500 billion in and $500 billion out each year - was moved manually, which involved agencies having multiple dealings with Finance and the Reserve Bank of Australia.

But this caused problems for the government when trying to move money over a weekend, during a shutdown period or even during a national emergency, Finance’s then governance and APS transformation deputy secretary Stein Helgeby told senate estimates in May 2018.

In a statement on Friday, NPP Australia said the implementation of ‘Project NeRF’ had allowed Finance to start using the NPP, in partnership with the RBA and other authorised deposit-taking institutions.

It said access to the platform would allow agencies, including those responsible for delivering policies and programs as part of the government’s pandemic response like Services Australia, to better respond to emergencies.

Services Australia has also been leveraging the NPP to deliver emergency welfare and disaster payments to Australians in recent years, including during the Townsville floods in 2019 and catastrophic Black Summer bushfires over December and January.

The RBA’s banking department deputy head Stepanie Connors the availability of the NPP meant an end to constraints in legacy payment infrastructure that stopped government agencies from accessing funds in real-time.

“If a government agency required funding in order to make payments, they would need to request a drawdown of funds by 2pm on the business day before payments were due to ensure the money was in their bank account at 9am on the payment date,” she said.

She said that, whereas urgent funding requests had previously only been available once per day through the RBA’s real-time gross settlement system (RTGS), agencies could now access funding on-demand.

“Now funding can be approved and paid immediately on any day of the week, which means government agencies can better respond to emergencies, such as the need to pay for medical supplies,” she said.

The RBA is also using its new 24/7 core banking system, which is used to process payments for government clients like Services Australia, and a API gateway solution to integrate with government back office systems.

“These capabilities, together with the development of the NPP, means we are able to fully integrate with government back office systems to enable initiation of real-time payments,” Connors said.

“We involved our government customers early in the NPP journey to ensure they were thinking about how the government could leverage the many benefits NPP offers.

“This enabled them to include NPP payments as part of their systems development roadmaps.”