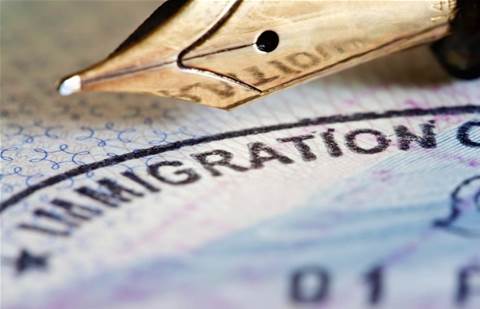 The federal government has expanded the scope of Australia’s fledgling permanent migration scheme for highly-skilled technologists after tripling the program’s intake for this financial year.

The direction (direction 89) replaces an earlier one outlining the target sectors for the GTI program when it was first launched in November 2019 to attract tech talent from across the globe.

The program initially focused on finding applicants likely to earn more than $153,600 each year in one of seven “future-focused fields”, including cyber security, fintech and quantum computing.

But as the new direction reveals, the government is now accepting applicants from 10 target sectors that cover far more ground than the original set of definitions.

New target sectors of note are education, tourism and the “circular economy”, while the remaining seven areas are largely an expansion of the original seven.

They are broadly similar to the former fields, with ‘digitech’ seemingly covering what was previous ‘quantum information, advanced digital, data science and ICT, as well as cyber security.

A spokesperson told iTnews that the expanded sectors would “maximise opportunities” to sustain the country’s economic growth, while building resilience for future global shocks and creating jobs.

“Priority sectors have been identified to ensure that Australia’s investment priorities are focused to align with opportunities that support our post Covid-19 economic recovery,” the spokesperson said.

But according to Ruobing Yang, a legal practitioner director at specialist immigration law firm Ashton Legal, comprehensive details of the changes, including which skillsets fall into each sector, remain scarce

“We don’t have the details for direction 89 target sectors yet,” he told iTnews.

“Under direction 85, Immigration has a fact sheet for each sector which then breaks it down into very detailed skillsets.

“So I’m hoping that they will release another fact sheet which will be about to tell us ... in education, what are the specific skillsets they’re looking for.”

Changes to the scheme’s scope come just months after the GTI cap was increased to 15,000 places, three times the 5000 target intake during the scheme’s first year in 2019-20.

The government had previously indicated that the scheme would be central to a shake-up of its permanent migration program, driven largely by the coronavirus pandemic and recent upheaval in Hong Kong.

A total of 4109 people were granted GTI visas from 5923 expressions of interests (EOIs) over the first seven months, despite initially struggling to attract applicants, as revealed by iTnews.

But as recently released freedom of information (FOI) documents [pdf] show, more than 5500 EOIs have already been lodged for the scheme so far this financial year (as at 31 October).

This has subsequently seen processing times for EOIs blow out at the Department of Home Affairs from an average of 28 days in May to 136 days in October [pdf].

Despite the increased quota, Yang said that the 15,000 visas would be inclusive of “all the secondary applications as well”, including partners and children.

“So the actual numbers would be quite a bit lower. The main applicants that they invite would be way less than 15,000, but I’m sure the quota will be filled up,” he said.

He also noted that around 30 percent of EOIs were being issued to people working in ICT to date, many of whom already hold working visas, including at some of the largest IT outsourcers.

“Some of the largest IT companies, particularly HCL and Tata, they don’t in principle sponsor people for a permanent visa,” he said.

“So when this Global Talent visa came out, I assisted with quite a few applicants that are already working in this field.

“They knew that there’s no pathways for employee nominated visas and for independent skilled migration it’s getting increasingly difficult, so a lot of them are going through this Global Talent [visa].”

Figures released by Home Affairs [pdf] appear to confirm this, with the largest number of EOIs approved in 2019-20 in the former “quantum information, advanced digital, data science and ICT sector”.