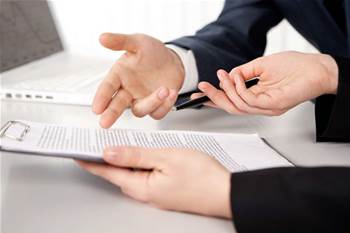 The government will subject Australia's communications regulator ACMA to a review of its future viability to determine whether it is "fit for purpose" in a "rapidly changing" sector.

Communications Minister Malcom Turnbull today said his department would consult with industry, stakeholders and relevant parties over the remainder of the year and present a report on ACMA's future before the end of 2015.

Turnbull said the review was in response to "rapid change" in the communications sector which had prompted a need to determine whether the ACMA is able to keep up.

"We are working to accelerate the rollout of the NBN, ensure regulation is fit for the digital age, reform Australia Post, modernise Australia’s spectrum management framework and make our public broadcasters more efficient and accountable," Turnbull said in a statement.

"The government is conducting a review of the ACMA to ensure the regulator is able to effectively deal with challenges arising from a rapidly changing communications sector."

But the landscape has changed significantly in the last eight years thanks to the likes of the NBN, the influx of mobile devices and the growth of social media, Turnbull said, making communications services more integral to Australians' lives.

The government needs to determine whether ACMA is equipped to handle the "contemporary and future communications regulatory environment".

It revealed the review would look at the possibility of taking functions or objectives out of ACMA and handing them to a different agency, or even the private sector.

"The review will consider whether any of the objectives and functions of, or services provided by, the ACMA can cease, be provided by other agencies or the industry itself," the terms of reference state.

"It will also consider whether there are objectives and functions of, or services provided by, other agencies that may be more efficiently and effectively delivered by the ACMA."

The Department of Communications will look into how the role played by ACMA should adapt to the "evolving shape of the digital media and communications enviroment" and offer advice on future objectives, functions, structure, governance and resourcing of the agency.

It will lean on a reference group of experts for advice, which will include representatives from ACCAN, the ACCC and the FCC, as well as Vodafone chief strategy officer Dan Lloyd, Screen Australia chief operating officer Fiona Cameron, Seven West Media regulatory boss Bridget Fair and NBN cost-benefit analysis author Tony Shaw.

The department is taking public submissions as part of the review.

The ACMA employs around 480 staff in offices across Sydney, Canberra and Melbourne.

While its initial responsibilities covered telecommunications, broadcasting and radiocommunications, over time its remit has expanded to cover entities and functions like the Children's e-Safety Commissioner and the Do Not Call Register.

The ACMA is currently preparing for its auction of regional 1800MHz spectrum in November.