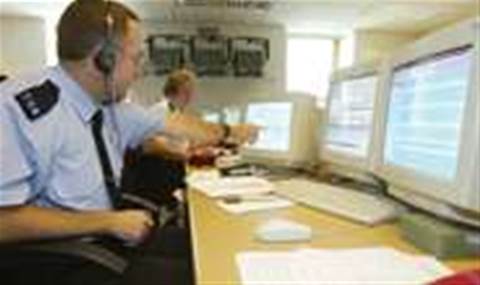 Australia's Department of Communications is investigating whether to allocate 20 MHz of 700 MHz spectrum for a 4G emergency services network, making good on a promise to emergency services lobbyists in the lead-up to its election victory.

The Police Federation of Australia has been engaged in a long-running bid to be allocated a slice of the leftover spectrum.

The PFA sought a minimum of 20 MHz in the month following the auction, calling for the spectrum to form the basis of a national 4G network for emergency services, financed by the $2 billion of takings the Government gained from the auction.

The then-Labor Government refused the PFA’s request, given the $1 billion or so it could generate from a commercial sale, and instead offered 10 MHz of spectrum in the adjacent 800 MHz band and 50 MHz in the 4.9 GHz band.  The Australian Communications and Media Authority (ACMA) argued the compromise would be sufficient.

The PFA spurned the offer as inadequate, and attempted to make its fight for spectrum an election issue. The WA Government and a Senate Committee investigating the issue publicly backed the PFA’s bid.

Prior to its election to power, the Coalition promised to conduct a “rigorous cost-benefit analysis” into emergency services communications, with a spokesman saying the LNP ‘understood the disappointment’ felt by public safety agencies when offered Labor’s compromise.

Communications Minister Malcolm Turnbull has now informed state leaders of an impending cost-benefit analysis, a department spokesperson told iTnews. The department is yet to decide on a date for the project's completion.

“The purpose of the analysis is to begin the process of determining the best combination of public and private inputs, services and expertise to deliver the public safety capability,” the spokesperson said.

“It will be centred on a ‘first principles’ assessment of the merits of a dedicated [public safety mobile broadband] capability in comparison to utilising commercial networks.”

The department said the ACMA had agreed to reconsider its decision to reserve the 10 MHz block in the 800 MHZ spectrum as further information becomes available.

Telstra, which opposes the PFA’s bid and argues the unsold spectrum should be kept for commercial use, has put forward a proposal for emergency services to run their communications over its existing networks.

To shore up support for the LANES proposal, Telstra revealed in a blog post this week it had trialled the arrangement at Queensland’s Woodford Festival over the Christmas break.

Police patrolling the festival were able to “easily communicate” during the event, thanks to the dedicated access provided over its partitioned network. Usually, large public gatherings in non-metro spaces create severe congestion that would prohibit police from using the network effectively.

“What we saw from this trial was that we could effectively support a dedicated lane of telecommunications services to the police, while still providing our customers with a great mobile experience,” the post said.

Mark Burgess, CEO of the PFA, said the federation had no problem with Telstra taking the initiative, despite its potential to destabilise the PFA’s direct bid for spectrum.

Burgess told iTnews that once the 20 MHz had been awarded to the public safety agencies, they would be happy to work in conjunction with private sector partners.

But he said it was imperative the control of the network was in the hands of public safety agencies rather than the private sector.

“If the Government gives all the spectrum to Telstra, you’ve got a monopoly and then public safety has to deal with the monopoly - who’s going to be the loser? The general public,” he said.

This would ensure adequate cellular coverage across the nation, not just to areas that were commercially viable, he said.

“Public safety agencies have to provide a services right across the country, regardless of cost,” he said.