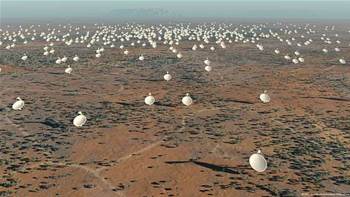 The federal government has earmarked $64.3 million for the Pawsey Supercomputing Centre in Perth for a data processing facility for the Square Kilometre Array (SKA) radio telescope.

Pawsey will be allocated the funding as part of a larger, 10-year, $387 million package agreed on last year for the SKA.

Of that, $301.4 million will be spent on the construction and operation of the SKA, minister for industry, science and technology Christian Porter said.

Of the remainder, $64.3 million will go to Pawsey and $15.6 million to on-site readiness and fibre-optic network connections.

Fibre-optic connectivity to communities near the CSIRO Murchison Radioastronomy Observatory will be provisioned courtesy of the extra funding.

Australia won the bid together with New Zealand to build the low-frequency site of SKA, with South Africa building the mid-frequency part of the project.

However, after questioning the benefits the project would bring, New Zealand - which would not host any SKA infrastructure - pulled out in 2019.

The same year, the SKA found itself with a hundred million dollar funding shortfall after delays and budget blowouts hit the project, leading to downsizing of the originally envisaged plans for its data processing facility.

Astrophysics professor Richard Easther of the University of Auckland welcomed the new funding for the SKA.

"This is great news; the SKA will be a key piece of global science infrastructure and it tackles deep problems in astrophysics," he said.

"But it comes after a decade of delays and an effective downsizing, so it’s bittersweet. In 2008 it was projected to be fully built in 2020 and 10 times larger than what will be coming online around 2030.

"The SKA has been marked by visible infighting and the lack of clear accountability for its slippages, which does raise questions about its governance and leadership."

Easther said the project had the most vocal support from the computing industry across the Tasman, rather than from astronomers and astrophysicists.

"In private at least most Australian astronomers fully understand why it became less attractive as a science project for New Zealand over time," Easther said.