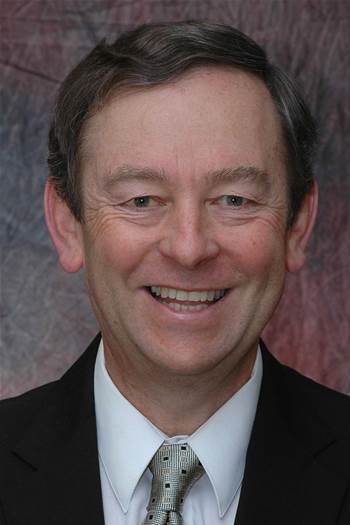 Addressing a public symposium on the NBN at the University of Canberra, telecommunications consultant Robin Eckermann said the NBN rollout was fixated on fixed-line services, which he said were “only one of the pillars of digital economy”.

An equally critical pillar was mobile phone use – especially in regional and rural areas, he said.

RTIRC's chair, Rosemary Sinclair, concurred, telling iTnews that mobile coverage was the number one issue that people in rural areas are concerned about.

Eckermann said that because mobile coverage is commercially driven, coverage "just dies away" on the fringes of populated areas, as well as on remote sections of major highways.

Mobile connectivity could be a matter of "life or death" for people transiting those blackspots, and that this was an even greater market failure than broadband access in Australia, he said.

“So we have market failure in an area that is pretty important to the digital economy and there’s no strategy for addressing that,” Eckermann said.

“The Government basically said it would think about it some more in the light of what the NBN does.”

In March this year the RTIRC urged the Government to give priority to expanding mobile coverage in parts of regional Australia where it is not considered commercially viable to do so. (pdf)

It recommended that NBN’s wireless towers form part of a solution co-funded by the Commonwealth and interested state or territory governments to expand the mobile coverage footprint in regional Australia, focusing on priority locations selected with community input.

The Government has indicated it is in favour of tower sharing (pdf), though Sinclair said that by itself, tower sharing is not enough to solve mobile woes in the bush.

Sinclair sought a demand-driven, region-by-region solution in a review she spearheaded for RTIRC earlier this year.

Eckermann estimated that a $1 billion investment could fund 2000 towers that would offer mobile coverage to over 200,000 kilometres of Australia’s regional roads as well as corridors of communities within 40 kilometres of those towers and byways.

He conceded that expanding the NBN strategy to encompass mobile phone coverage could take NBN Co beyond its layer 2 remit, and that it would also have an impact on Telstra.

“But the reality was that Telstra would not invest in such [regional and rural network] extensions without a subsidy," he said.

Eckermann said other models had been launched in some areas such as Western Australia, where additional mobile coverage was funded by a “mining dividend”. The program produced 113 extra towers, though they are owned and operated by Telstra.

Sinclair believed it was only a matter of time before mobile shortfalls in regional and rural areas were addressed in policy.

“It will get up eventually because it such a hot issue," she said. "It’s not going to go away".