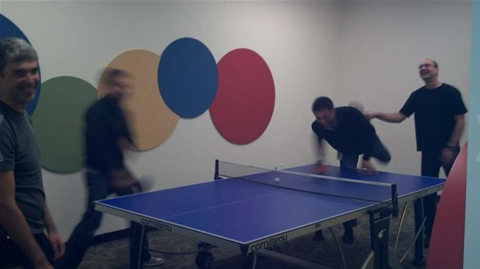 Rubin may report to Larry, but he's no Larry.

Last week the court asked Oracle and Google to appoint “top executive officers” from each company to lead negotiations to prevent a costly court battle.

In Oracle’s view, neither met the “top executive officers” standard outlined by the court last week, while Rubin was the reason the pair were in a dispute in the first place.

“Oracle believes the prospects for a successful mediation will be far greater if Google’s executive-level representative is a superior to Mr Rubin, who is the architect of Google’s Android strategy - the strategy that gives rise to this case,” Oracle’s lawyers argued.

“Indeed, Google itself does not identify Mr Rubin as a top corporate executive in its own public disclosures to investors.”

Oracle's objection to the choice of Rubin and Walker was predictable, according to Mueller, and it was proof that Google was unwilling to spend on mediation, given that a knowledgeable mediator could “hardly reach any other conclusion than willful infringement.”

Details of Oracle's rejection came as a newly released deposition by Google's chief Java architect and former Sun engineer Joshua Bloch contained an admission that he may have copied Sun code that was now owned by Oracle.