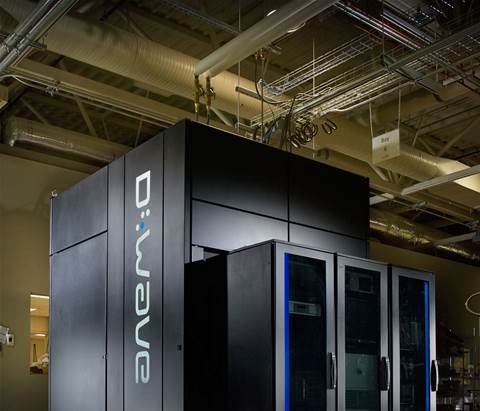 A qubit is the quantum computing information-carrying unit analogue of classic computing bits; it can hold more information than a bit however, depending on the type of encoding used.

With 1000 qubits, the new computer made by D-Wave Systems is able to consider 21000 possibilities simultaneously, as opposed to 2512 with the older system. D-Wave said this search space "contains far more possibilities than there are ‪particles in the observable universe."

The D-Wave machine is operated out of the NASA Ames Research centre, in conjunction with the space agency and the US Universities Space Research Association.

D-Wave Systems today said it had signed an agreement to regularly update the system for the next seven years in order to keep it "state of the art".

Part of the agreement involved installing the new D-Wave 2X quantum processor, which was revealed earlier this year. The upgrade has been completed.

However, despite the increase in the number of qubits, D-Wave said it would not need to increase the amount of power needed to operate the system.

The system uses about 15 kilowatts of power, most of which is used for the extreme cooling needed, allowing the company to continue improving the machine's performance without upping power consumption.

“The new agreement is the largest order in D-Wave’s history, and indicative of the importance of quantum computing in its evolution toward solving problems that are difficult for even the largest supercomputers,” D-Wave CEO Vern Brownell said in a statement.

“We highly value the commitment that our partners have made to D-Wave and our technology, and are excited about the potential use of our systems for machine learning and complex optimisation problems.”

The previous generation 500-qubit D-Wave was installed in 2013.

It has been used to explore the potential for quantum computing and its applicability to things like web search, speech recognition, planning and scheduling, air-traffic management, robotic missions to other planets, and support operations in mission control centres.