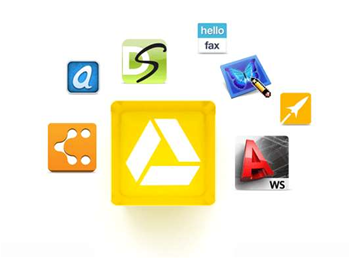 Google Drive revealed, but not available yet.

Google has officially unveiled its highly anticipated answer to Dropbox.

Like Microsoft’s SkyDrive and Dropbox, the service requires users to install a small application that is able to connect phones, tablets and PCs to Google's cloud storage.

The app will be first made available to Mac, Windows and Android users with an iOS app expected  in the coming weeks.

A leaked document from Google France indicated that Google App business customers will be offered 5GB of free storage, while anything up to 20GB will attract a $4 per month fee. Google Docs are excluded from the quota while Apps administrators will be responsible for provisioning additional storage.

There was also a sweetener for Gmail customers willing to upgrade their data storage. When Gmail customers upgrade to a paid account, "Gmail account storage will also expand to 25GB," the company said. The free Gmail storage limit was also boosted from 7.5GB to 10GB.

Google Drive is not yet available for download; users have been asked to register with Google and will have to wait for an invite to install the application.

Which service is cheaper?

Google Apps gets a 16TB limit.

From the few details leaked on the Google France Enterprise blog, it appears  Google App users will face a US$4 monthly fee ($48 per year) for 20GB and will be able to scale up storage to 16 terabytes.

The details leaked on the blog were translated and posted on Google+ by computer and sound technician Francois Bacconnet.

The post shows that Google Drive will sit within the Google Apps management interface, where administrators can provision additional storage for individual users or work groups.

The details suggested Google Drive can host “any media”, and will allow users to collaborate, share and comment on documents.

Google Apps Drive users will be able to open "more than 30 types of documents" within a web browser, including Adobe Illustrator and Photoshop “even without the proper software installed on your computer”, according to the translation.