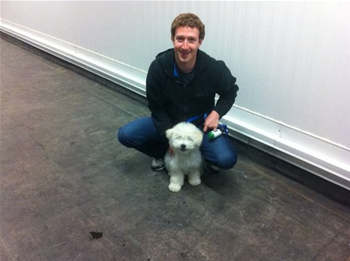 Fights to keep dogs off the internet.

Google will change the structure of its sign-up process for Google+ after facing criticism for booting off members who had registered under pseudonyms.

“We’ve noticed that many violations of the Google+ common name policy were in fact well-intentioned and inadvertent and for these users our process can be frustrating and disappointing,” Bradley Horowitz, Google+ vice president of product conceded in a Tuesday post.

Google+ will press ahead with its demand that users sign with their real names, which may -- if it is successful -- address the internet authenticity problem highlighted by the 1993 New Yorker cartoon caption: "On the internet, nobody knows you're a dog".

However, it will now issue a warning to members who do not use their real names “to correct their name in advance of any suspension”.

To avoid downstream problems it will change its sign-up process by including an "other names" field designed to facilitate “self expression”.

“If you add nicknames, maiden names, etc. to the "Other names" portion of your G+ profile, those with permission to view those fields can search for you using that term,” wrote Horowitz.

People looking to sign up to Google+ face three simple rules, according to its support page: Members must use a real name “in a single language”, while avoiding the use of “unusual characters” and “non-person” identities, such as a pet’s name or a business.

Under Google+‘s former real-name enforcement process, it would ask non-real-name members to provide additional verification of their identity, including a Facebook account name, ZDNet US reported.

One complainant pointed out that a Facebook validation would rely on a network that allowed its founder Mark Zuckerberg to create a profile for his Hungarian sheepdog, Beast.

Other Google+ users had complained of being blacklisted from other Google services, such as Gmail, due to their pseudonym Google+ account, but Horowitz issued a carefully-worded denial.

“[Gundotra] says they have made some mistakes while doing the first pass at this and they are learning,” wrote Scoble, adding that Google+ was working on ways to handle pseudonyms.