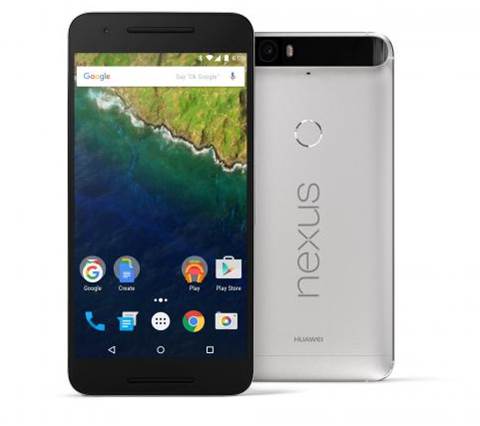 'Marshmallow' OS due next week.

Google has unveiled its new Nexus phones in the latest attempt to take a bite out of Apple's dominant share of the smartphone market.

The launch of the phones, the Nexus 6P and the Nexus 5X, comes a day after Apple reported record first-weekend sales of its new iPhones.

Nexus devices, which typically do not sell at the same volume as iPhones or iPads, are a way for the tech giant to showcase its latest advancements in mobile hardware and software.

Google also unveiled a tablet built entirely by the company based on its Android operating system.

The latest version of Android, dubbed Marshmallow, will be available to existing Nexus customers from next week.

The Android mobile platform is a key element in Google's strategy to maintain revenue from online advertising as people switch from web browser searches to smartphone apps.

The Nexus 5X is made by South Korea's LG Electronics and the Nexus 6P by China's Huawei. Both phones feature Google's new fingerprint sensor, Nexus Imprint, which is located on the back.

The fingerprint sensors will help quickly authorise purchases made through Android Pay, the one-touch payment app on Android devices that competes with Apple Pay.

The phones are available for pre-order on the Google store from a number of countries including the United States, the United Kingdom, Ireland and Japan.

The Pixel C tablet will cost US$499 for the 32GB model and can be bought with a detachable keyboard, which will cost US$149.

The Pixel tablet puts Google in the sights of its biggest competitors, Apple's iPad Pro and Microsoft Corp's Surface tablets, which also have optional keyboards.

Google also unveiled a redesigned version of its Chromecast device for streaming Web content to TVs and introduced Chromecast Audio, which plugs into speakers to stream audio over wi-fi. Chromecast Audio, priced at US$35, works with apps including Spotify, Pandora and Google Play Music. Chromecast competes with the Apple TV set-top box.