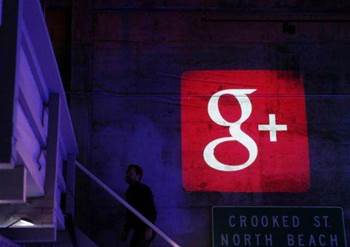 The Google Plus logo is projected on to the wall during a Google event in San Francisco, California, October 29, 2013. CREDIT: REUTERS/BECK DIEFENBACH/FILES

A new feature in Google's Gmail will result in some users receiving messages from people with whom they have not shared their email addresses, raising concerns among some privacy advocates.

The change broadens the list of contacts available to Gmail users so it includes both the email addresses of their existing contacts, as well as the names of people on the Google+ social network.

As a result, a person can send an email directly to friends, and strangers, who use Google+.

Google is increasingly trying to integrate its Google+, a two-and-a-half-year old social network that has 540 million active users, with its other services.

When consumers sign up for Gmail, the company's Web-based email service, they are now automatically given a Google+ account.

Google said the new feature will make it easier for people who use both services to communicate with their friends.

"Have you ever started typing an email to someone only to realize halfway through the draft that you haven't actually exchanged email addresses?" the company said in a blog post announcing the feature. "You're in luck, because now it's easier for people using Gmail and Google+ to connect over email."

Google said that users who did not wish to receive email messages from other people on Google+ could switch the settings so that they receive messages only from people they have added to their networks of friends or from no one at all.

Some privacy advocates said Google should have made the new feature "opt-in," meaning that users should explicitly agree to receive messages from other Google+ users, rather than being required to manually change the setting.

"There is a strong echo of the Google Buzz snafu," he said, referring to a social networking service that Google launched in 2010.

Buzz initially used its Gmail users' contact lists to create social networks that the rest of the world could see, leading to an uproar and ultimately a settlement with the US Federal Trade Commission.

Google said the new feature would not expose the email addresses of any Google+ users to strangers.

Emails from strangers on Google+ will be routed to a special section within the recipients mailbox that is separate from messages from friends and other contacts.

If the recipient does not reply to the message, Gmail will block any future messages from that person.

A Google spokeswoman said the company planned to send an email to all Google+ users during the next two days alerting them to the change and explaining how to change their settings.

One exception to the new feature is celebrities on Google+, who are followed by a large number of fans. According to the spokeswoman, the Gmail accounts of such public figures will not automatically receive emails from other Google+ users.