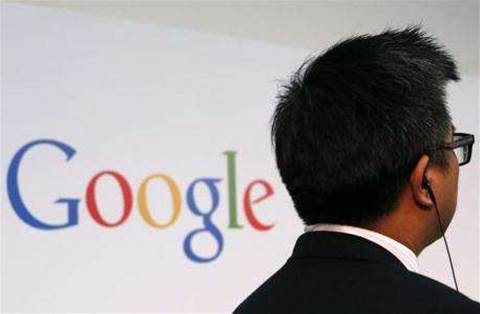 A man stands in front of a Google logo at the Chinese University of Hong Kong November 4, 2013. CREDIT: REUTERS/BOBBY YIP/FILES

Google has opened its first two data centres in Asia to cater to the world's fastest growing consumer technology markets, but the company has no plans to open one in China or India.

Choosing Taiwan and Singapore instead illustrates the problem that tech companies face in trying to feed data demand in the world's two most populous countries.

With regulations in flux in India and cyberspace censorship in China, Google had to look next door.

Google's vice president of data centres, Joe Kava, saidthat the cost of building the centres was one consideration for locating in Taiwan, but things like data privacy policies, a highly trained workforce and network infrastructure were equally important.

"It's no secret that the Taiwanese ecosystem for technology companies is outstanding," he told reporters.

"Being close to the technology companies will give us opportunity to further some of our partnerships" in Taiwan.

The importance of a country's data policies was highlighted by the way Google opened its centres in Taiwan and Singapore and its decision to double spending in Taiwan to US$600 million ($662 million) compared to US$120 million ($132 million) in Singapore.

While Google brought out executives and media to celebrate its Taiwan opening on Wednesday, the Singapore launch received no such fanfare.

The company has expressed concern over a Singapore regulation announced in May that requires certain websites that regularly report on Singapore to be licensed, put up a S$50,000 ($44,083) performance bond and take down within 24 hours any content that authorities deemed objectionable.

Singaporean opinion news site Breakfast Network effectively shut down this week as a result, saying the "demand to register has created a wrinkle in our barely formed plans to become a sustainable and professional outfit".

Taiwan, Hong Kong and Singapore are all popular with global tech companies because they boast well-established privacy laws, reliable power and fibre broadband infrastructure, and skilled workforces, all essential to operating data centres.

But the real appeal is the giant number of Internet users in China and India.

Google left mainland China in 2010 after a cyber attack and executive chairman Eric Schmidt told the Wall Street Journal last month that the company is in no hurry to return.

"China's censorship regime has gotten significantly worse since we left so something would have to change before we come back," he said.

That left an opening for China's Baidu to further dominate the search engine market with a 66 percent share this year, according to web analytical tool StatCounter, and another local rival, 360 Search, to emerge, grabbing 21 percent. Google's share dropped to 9 percent from 41 percent in 2009 before its exit China.

"The regulatory environment in China is designed in a way to nurture local service providers such as Alibaba, so it makes it harder for foreign companies to enter the market," tech researcher IDC analyst Leon Kao, who is based in Taipei, said.

"But adding service support in Asia such as Hong Kong still increases a company's flexibility. For example, Amazon is able to deliver goods in a much shorter time now if there's a sudden surge in orders."

"In India, the challenge is mostly the cost of infrastructure and the ability of building infrastructure", said RadhaKrishna Hiremane, Intel's Asia-Pacific regional product marketing manager of data centre business, based in Singapore.

He said putting an India-focused data centre in Singapore may not cost more, but it could affect speed.

"What matters is latency. At the end of the day, if a service provider is able to provide acceptable latency for the end customers by serving from outside the region and there's no conflicting regulation such as data sovereignty, then there's not anything in the APEC countries we know would be an issue right now."