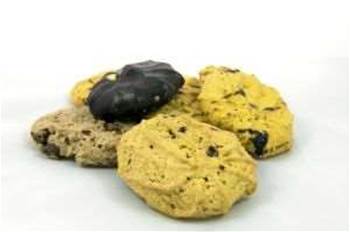 The cookie crumbles as users fight invasive marketing on the web.

Faced with increasing concern at invasive digital marketing and advertising practices, Google has floated the new Privacy Sandbox iniative, that seeks to limit user tracking on the web without hurting publisher revenue.

The search engine giant makes most of its revenue through advertising and worries that browser vendors' efforts to limit tracking through cookie blocking will lower publisher incomes by more than half, without improving privacy.

Google's director of engineering for the popular Chrome web browser, Justin Schuh, said that large-scale blocking of cookies, the small text files with unique identifiers that websites can set in users' browsers, leads to developers trying to find opaque workarounds to keep their systems running as before.

One of these techniques is fingerprinting that captures small amounts of information that vary between users, Schuh said.

By collecting data on what devices are used and for example the fonts that are installed on them, it is possible to create unique identifiers to track users across websites.

"Unlike cookies, users cannot clear their fingerprint, and therefore cannot control how their information is collected. We think this subverts user choice and is wrong," Schuh said.

Apple which doesn't depend on advertising and which markets itself as a privacy-oriented technology company has implemented aggressive measures to prevent cross-site tracking.

Other browser vendors such as Mozilla and Microsoft are also responding to user concerns that they are being followed around the web, by limiting third-party cookies and developing anti-fingerprinting techniques.

Mozilla has even released the Track This website that generates large amounts of fake data for advertisers that try to profile users through tracking techniques.

While Schuh agrees that fingerprinting is evil and said Chrome will block the technique more aggressively, he proposed a better cookie classification and more clarity and visibility for their settings so as to help publishers deliver targeted advertising while giving users better control and choices.

One way to do this is with differential privacy that uses budgets to provide sufficient information on larger groups of users for publishers to personalise ads without directly identifying individuals.

Sites are allocated a privacy budget via users' web browser that allows them to make a certain number of application programming interface (API) calls.

Once that number is exhausted, the browser will cease to respond to further API calls from the sites in question.