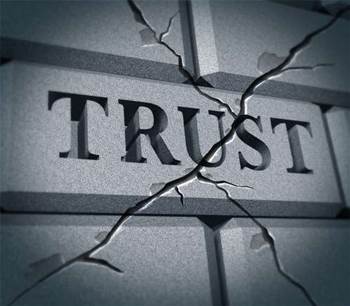 Turkish certificate authority (CA) TURKTRUST issued two intermediate, or chained, digital certificates, one of which was used by the holder to mimic legitimate websites.

The gaffe prompted browser makers Google, Microsoft and Mozilla to revoke trust in the offending certs.

Google engineers determined that around August 2011, TURKTRUST errantly "issued two intermediate certificates to organizations that should have received regular SSL certificates." On Christmas Day, Google revoked the bogus cert, which, according to Microsoft, was being used in active attacks, the type or extent of which were not described. The following day, Google blocked the second cert, which is not believed to have been used maliciously.

"Intermediate CA certificates carry the full authority of the CA, so anyone who has one can use it to create a certificate for any website they wish to impersonate," Langley said.

Microsoft released a security advisory announcing that it would update its Certificate Trust list and apply the change to all supported versions of Windows.

"The *.EGO.GOV.TR subsidiary CA was then used to issue a fraudulent digital certificate to *.google.com. This fraudulent certificate could be used to spoof content, perform phishing attacks, or perform man-in-the-middle attacks against several Google web properties."

Unauthorized certs such as this one create a false sense of security and permit the cert holder to potentially spy on communications and steal credentials. It's unclear who was behind the attacks or who was being targeted.

Mozilla also plans to nullify trust in the two certs in its next release of Firefox.

"This is not a Firefox-specific issue," Michael Coates, director of security assurance for Mozilla wrote in a blog post.

This incident is just the latest example of a foundational system that some say is fundamentally broken.

Got a news tip for our journalists? Share it with us anonymously here.
Copyright © SC Magazine, US edition
Tags:
cacertificatesdiginotargooglemicrosoftmozillasecurityturktrust65279