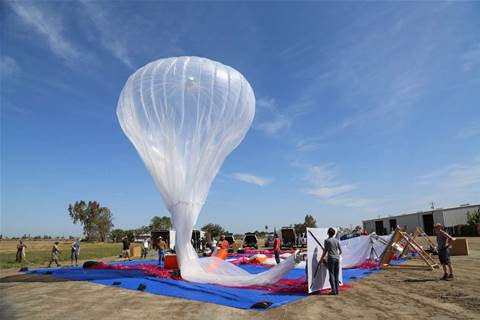 Google is now able to deploy internet-equipped balloons into the stratosphere faster and fly them for longer, the search giant revealed in in update to its Project Loon initiative over the weekend.

It kicked off in New Zealand last year with 30 balloons launched in the skies above the south island to test whether the method could deliver reliable internet services.

Since the project first commenced, Google claims it is now able to launch up to 20 balloons per day after improving its autofill equipment to enable it to fill a balloon in under five minutes.

Filling one balloon with enough air to fly was equal to inflating 7000 party balloons, Google said.

The company said its Project Loon balloons are also now able to last 10 times longer in the stratosphere than they did in 2013 - with the record set at 130 days in the air. Its balloons have collectively flown three million kilometres since the first took flight, Google said.

The trial and error process undertaken over the last year has resulted in "hundreds of discoveries" that Google says helped it to prevent air leaks and refine its automated manufacturing process to allow the balloons to stay in the air longer.

"In that time we’ve learned a great deal about what it will take to bring the Internet to everyone, no matter where they are," the company wrote in a blog post.

"For example, what footwear is it best for our manufacturing team to wear when they need to walk on the balloon envelopes? Turns out it’s very fluffy socks, the fluffier the better, to ensure the least amount of friction when building our balloons."

Google last week announced it would bring the pilot service to Queensland in December in partnership with Telstra. Twenty balloons will be deployed with connectivity to Telstra's 2.6GHz spectrum to test their ability to connect to the telco's infrastructure.