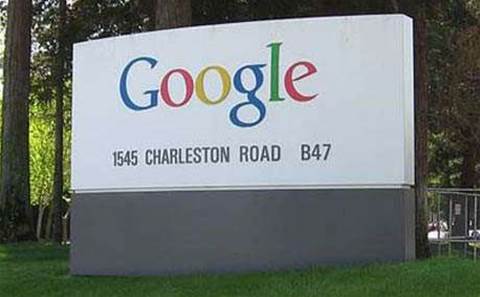 EU regulators have brought a third antitrust charge against Google, accusing it of blocking rivals in online search advertising, a move that raises the pressure on the company to modify its practices or face hefty fines.

The European Commission said it had sent two charge sheets known as "statements of objections" to Google.

The first accuses Google of having abused its 80 percent market share in the placement of search advertising on third party websites.

This relates to Google's "AdSense for Search" platform, in which Google acts as an intermediary for websites such as those of online retailers, telecoms operators or newspapers, with searches producing results that include search ads.

"We have also raised concerns that Google has hindered competition by limiting the ability of its competitors to place search adverts on third-party websites, which stifles consumer choice and innovation," European Competition commissioner Margrethe Vestager said.

The EU also reinforced an existing charge against Google that its search results favour its own shopping service over those of rivals.

This second accusation, which built on a charge sheet sent to Google in April last year, rejected the company's claim that the EU watchdog had failed to take into account competition from online retailers Amazon and eBay.

"Google has come up with many innovative products that have made a difference to our lives. But that doesn't give Google the right to deny other companies the chance to compete and innovate," Vestager said.

Google has 10 weeks to respond to the AdSense charge and eight weeks to the shopping service case.

The company could face fines of up to 10 percent of its global turnover for each case if found guilty of breaching the bloc's antitrust rules.

Google said it believed its innovations had increased choice for European consumers and promoted competition.

"We'll examine the Commission's renewed cases and provide a detailed response in the coming weeks," a Google spokesman said.

"We are concerned that if it does not act conclusively in the near future there may be little competition left to protect," Foundem chief executive Shivaun Raff said in a statement.

Lobbying group FairSearch, whose members Expedia and TripAdvisor complained about Google, said the issue is global.

"At stake is fair competition across Europe and beyond, because the online market and innovation are global," FairSearch lawyer Thomas Vinje said.

The EU's pursuit of Google, along with probes into other US multinationals over tax issues and control of personal data, has caused irritation in Washington, with US president Barack Obama last year accusing Europe of veering toward protectionism.

Vestager, a former Danish economy minister who took over as the EU's powerful antitrust commissioner in late 2014, insists she is simply applying the law and promoting free competition.

Google's AdWords and AdSense programs have been on the Commission's radar since 2010, under Vestager's predecessor, after rivals complained about unfair advertising exclusivity clauses and undue restrictions on other advertisers.