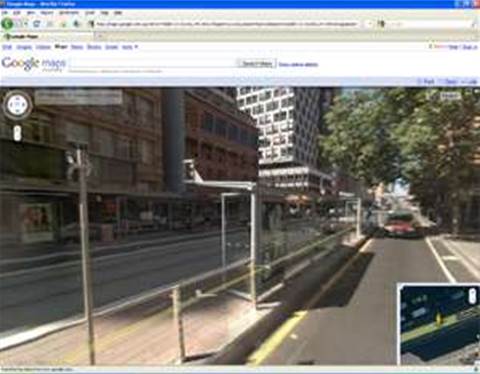 Google has been forced to defend itself once again over its controversial Street View service, after it emerged that its cars also collect data on Wi-Fi networks and Media Access Control (MAC) addresses.

German federal data protection commissioner Peter Schaar was quoted in German newspaper Spiegel last week as saying he was "horrified" to discover the practice, and said that it was being carried out "without the knowledge of third parties".

However, Peter Fleischer, global privacy counsel for Google, countered this in a blog post, saying that the firm does not believe that collecting Wi-Fi network information is illegal.

"This is all publicly broadcast information accessible to anyone with a Wi-Fi enabled device. Companies like Skyhook have been collecting this data for longer than Google, as well as organisations like the German Fraunhofer Institute," he wrote.

Fleischer went on to say that the collection of this information does not enable Google to identify individuals.

"MAC addresses are a simple hardware ID assigned by the manufacturer. And SSIDs are often just the name of the router manufacturer or ISP with numbers and letters added. We do not collect any information about householders," he said.

Fleischer explained that Google had not revealed the practice because it does not consider it necessary to do so, but conceded that it should have made its activities clearer.

"Given that [the data] was unrelated to Street View, is accessible to any Wi-Fi enabled device and that other companies already collect it, we did not think it was necessary. However, it's clear with hindsight that greater transparency would have been better," he said.

Fleischer also explained how the technology works, and said that the data will help to improve Google's location services.

"A commercially available radio antenna is attached to the top of the car and this receives publicly broadcast Wi-Fi radio signals within range of the vehicle," he wrote.

"The equipment within the car operates passively, receiving signals broadcast to it but not actively seeking or initiating a communication with the access point. The data we collect will be used to improve Google's geo-location services."

Google has found itself under increasing fire from several angles in recent weeks. American consumer rights body Consumer Watchdog called for the firm to be broken up to stop its perceived monopoly in the industry, and the firm's Book Search project is on hold after the US Department of Justice said it was concerned it may breach anti-trust laws.

Got a news tip for our journalists? Share it with us anonymously here.
Copyright ©v3.co.uk
Tags:
google security wifi