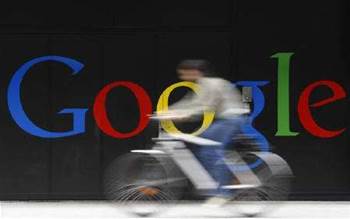 Claims to be hampered in the smartphone arena.

Google, fresh off losing a bid to buy thousands of valuable patents from bankrupt Nortel, accused its biggest rivals on Wednesday of banding together to block the search giant in the red-hot smartphone arena.

Apart from increasing costs for consumers, snapping up the patents will stifle technological innovation, he said.

"Microsoft and Apple have always been at each other's throats, so when they get into bed together you have to start wondering what's going on," Drummond wrote in a blog post.

He referred to "a hostile, organized campaign against Android by Microsoft, Oracle, Apple and other companies, waged through bogus patents."

Google is forging ahead in the smartphone market but has been hampered by a lack of intellectual property in wireless telephony, which has exposed it to patent-infringement lawsuits from rivals including Oracle.

It lost out on the Nortel patents to a consortium grouping Apple, Microsoft, Research in Motion and others, which together paid $US4.5 billion.

They bid through $US4 billion and then tapped out, another source had told Reuters.

The Internet search leader is now in talks to buy InterDigital, a key holder of wireless patents valued at more than $US3 billion, according to the Wall Street Journal.

Google, being a software company, was not focused on patents for a long time but is now shopping to stock up. It recently acquired over 1,000 patents from IBM.

The wireless industry has been embroiled in a wave of patent suits in recent years as incumbents try to protect their position against newcomers like Google, which entered the market three years ago with Android.

The software, which is now used by phone makers including HTC, Motorola and Samsung, has rapidly overtaken Nokia to become the world's most popular smartphone platform, with about a third of the market.

Also, Samsung has delayed the Australian launch of its latest Galaxy tablet due to a patent dispute with Apple, which says the South Korean electronics giant "slavishly" copied the iPhone and iPad.

Oracle is suing Google, claiming the Internet search company's Android software infringed on Java patents that it inherited through an acquisition of Sun Microsystems in 2010.

Patent acquisitions are expected to accelerate, with IBM and Kodak often mentioned as shopping intellectual property on the market.