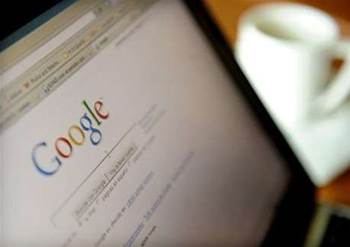 Google Australia has restructured its operations to count its local advertising revenue as the result of a sustained government crackdown on multinational tax avoidance.

The company today lodged its 2015 financial report with the Australian Securities and Investment Commission, revealing a $16 million tax bill on revenue of $502 million and profit of $47.1 million.

Google has around $71.6 million in deferred assets on its books, according to the financial filing, which it can lean on in future to reduce its tax bills.

The company is currently being audited by the Australian Tax Office alongside several other technology giants such as Apple over their complex tax structures.

Google's Australian operation historically has existed to provide sales and marketing services to Google Singapore and Google Ireland - for which it receives revenue - and to provide research and development for Google globally.

None of its lucrative search revenue - which has been estimated to bring in around $2 billion a year in Australia alone - is billed locally.

However the search giant revealed in its report that it had restructured in January this year to recognise revenue from the marketing and selling of these services to Australian-based customers.

The search giant was forced to rework its local structure to avoid getting hit with penalties under the new multinational anti-avoidance law introduced by the federal government earlier this year.

Under the law, companies with annual global revenue of over $1 billion could face double tax if found to have moved profits offshore. The legislation affects around 1000 multinationals.

The move also comes ahead of an anticipated crackdown on multinational tax avoidance within Tuesday's federal budget.

Tax avoidance by multinationals has been a key focus for the federal government, and in December, the ATO published the tax positions of the largest 1500 public and privately held companies in Australia for the 2013 and 2014 financial years.

The list revealed the technology giants that had structured their affairs to ensure little to no tax bills in Australia.

Update: Google confirmed the restructure and said given the "preliminary" nature of the restructure, it could not yet reliably estimate the financial effects of the change.