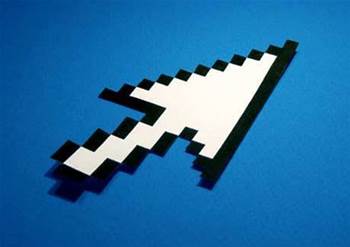 Google has signed two of Australia's largest franchise operators to spearhead its push into Microsoft's office productivity and email heartland.

Flight Centre chief information officer Peter Wataman said he will shift 13,000 employees in the 11 countries in which it has direct operations to Google Mail by the end of the financial year. Flight Centre had about 100 terabytes of email hosted by IBM in Australia and much of the delay related to getting the information out of its repository.

Wataman said the organisation canvassed about 2000 workers before it made the decision to move, finding that about 90 percent of them were already Gmail users and would be happy to use the service for work.

He said Wave, Google's real-time collaboration protocol that was canned owing to lacklustre adoption in August less a year after it launched to fanfare, was an early contender for Flight Centre's business but he was happy with Gmail because that was where much of the business's revenue was generated. He said he was not concerned by the Australian Prudential Regulatory Authority's recent jabs at businesses using cloud services.

The company rejected a Microsoft BPOS solution in favour of the Google platform, he said.

Flight Centre employees will see their email inboxes swell from 150 MB a piece to 25 GB. Having to constantly delete emails was a bugbear of the old system, he said.

"It's about getting our platform stable in terms of email and messaging but obviously you can imagine in the travel industry and online there are some fantastic synergies with regards to the applications we can build in that environment," Wataman said.

While he expected the move to shave 30 percent from Flight Centre's hosted email costs, for Ray White's great-grandson, Ben White, the decision to move to Google Apps and its App Engine platform was a costly one that it had to make, he said.

Ray White didn't provide an extensive IT service to its 1000 property agents, and even email was of the barest essentials, he said. The business struggled for a year to build a next-generation property management and rent roll system under Microsoft .NET, bought 15 servers and invested a considerable sum that came to naught.

"One of the worst days of my life was in January when I had to delete the old *.*," White said, in reference to the MS-DOS method of erasing the contents of a directory. "It's on a USB stick and one day we'll add it to the Ray White museum."

White said the property giant would roll out its "Generation Five" IT system running on Google's App Engine platform. IT will include a fresh take on managing the relationships between agent, landlord, contractors and tenants. White said there was about $700 billion in assets under management in Australia that generated $30 billion in rent a year but that agents had largely ignored it in favour of the transactional business of selling houses.

Ray White will also use Gmail to roll out for the first time an integrated email system to the 10,000 staff who work in its network. And it will use Google Display ad network of partners to deliver property alerts to its customers as they surf the web instead of relying on them to visit a portal such as the agent's or those of third parties such as Domain and Realestate.com.au.

Wataman and White praised the built-in security features of the Google platform such as two-factor authentication, where a message was sent to a customer's mobile phone during a transaction to verify they initiated it, and credit card security features as emoluments for shifting to Google.

The two were also keen to see what other applications their staff would adopt - on their own or with the blessing of their employers - and expected to be well placed to benefit from maps services in the future.

Richard Suhr, Google's enterprise sales head for the Asia-Pacific, said the search giant was ramping up its efforts in the channel and recruiting more systems integrators and consultants to build on its engineering efforts.

Google was bringing leading App Engine engineers and managers to Sydney to boost its development efforts, according to iTnews sources.

And it would go on a hiring spree in the new year, recruiting sales, engineers and support staff to bolster its channel efforts.

Google's vice president for the enterprise and former Oracle alum Amit Singh said the IT industry was "standing at the precipice" of a great change not seen since the shift from mainframes engine to PCs in the '80s.

He said its strategy for the enterprise encompassed Google Apps, customers building on its platform and third parties selling their apps through Marketplace.

"Our products are getting wider and deeper, we're now a very real alternative to many Microsoft users who want to move to the cloud".