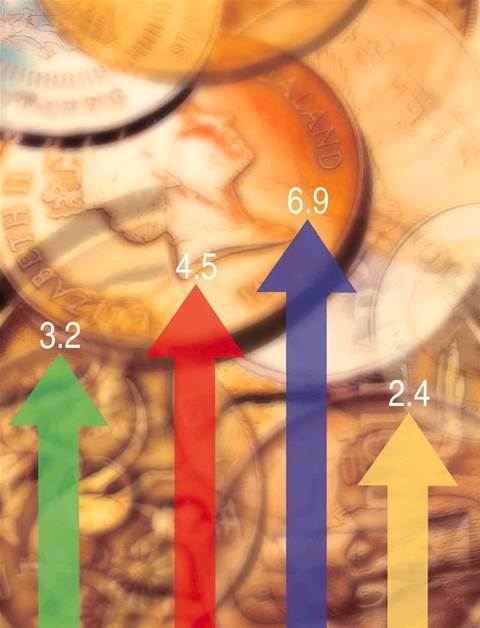 Strong sales in Europe and Asia-Pacific, particularly of laptop PCs, have helped the worldwide PC market to return to double-digit growth.

Shipments grew by 10.9 percent in the first quarter of 2007, according to IDC's latest Worldwide Quarterly PC Tracker.

Year-on-year growth improved from the fourth quarter in all regions, with Europe and Asia-Pacific (excluding Japan) showing the biggest improvements versus forecasts.

Japan recovered from a double-digit decline in the fourth quarter, but was the only region with declining volume as the US moved back into growth mode. Portable PC adoption remained the primary driver with a strong consumer component.

Worldwide PC shipment growth of 10.9 percent was up from single-digit growth over the previous three quarters, and was ahead of forecast growth of 8.5 percent.

The rise in growth primarily reflects the strength of portable and consumer demand, rather than stronger commercial growth.

According to the analyst firm, the availability of Vista "probably moved some volume from 4Q06 to 1Q07", although IDC believes that peak growth in 2004 and 2005 had more to do with slower growth at the end of 2006 than users waiting for the new operating system.

This is principally because vendors such as HP, Acer, Toshiba and Apple saw strong retail and portable PC growth through the end of the year.

"The strong first quarter is a good indicator of the health of the industry, " said Loren Loverde, director of IDC's Worldwide Quarterly PC Tracker.

"The US and Japan did not grow much in the first quarter, but solid gains elsewhere and a boost from Vista brought us back to double-digit growth.

"The key market drivers - portable adoption and consumer demand - continue at a healthy clip, and commercial replacements should contribute more in coming quarters.

"Growth is likely to stay in double-digits over the next two years although it will be concentrated in portables and international markets."

David Daoud, manager of personal computing and PC tracker programs at IDC, added: "As expected the US market saw a low single-digit year-on-year increase and a typical seasonal decline from Q4 to Q1.

"The shift to portables and related changes in various segments will force vendors to re-evaluate their channels and go-to-market strategies to adapt to the new market dynamics.

"Some of this restructuring has already begun, but it is likely to accelerate as Dell evaluates recent losses and vendors such as Acer and Lenovo change their strategy for the US market."

Got a news tip for our journalists? Share it with us anonymously here.
Copyright ©v3.co.uk
Tags:
doubledigit global growth hardware market pc returns to