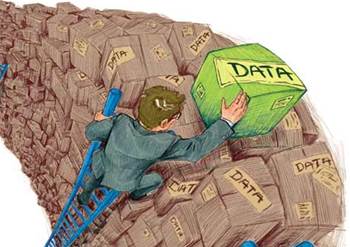 Cisco has forecast global cloud data traffic to grow at a compound annual rate of 66 percent between 2010 and 2015, as consumers and businesses seek untethered access to content and applications.

By mid-decade more than a third of all data center traffic will be based in the cloud, according to the networking vendor in its inaugural Global Cloud Index published this week.

Gobal data center traffic overall will increase four-fold, a 33 percent compound annual growth rate between 2010 and 2015, according to Cisco.

That translates into data traffic of 4.8 zettabytes per year by 2015 or every man, woman and child watching a full length movie once a day for one year.

"What was surprising is how much data is actually being moved, we started off with a zettabyte [in 2010]," said Suraj Shetty, vice president of product and solutions marketing.

Cisco expects that by 2014, more than 50 percent of all workloads will be processed in the cloud.

IT research firm Forrester has forecast the global cloud computing market will grow to US$241 billion (AU$235 billion) in 2020 from $41 billion this year.

However, it will still take some time and investments in network expansion until networks around the world are ready to handle advanced cloud services.

All regions can currently support some level of cloud services based on average download and upload speeds and the time it takes for information to pass through the network for business and consumer connections, Cisco said.

For the forecast Cisco collected network data from 10 enterprise and internet data centers for 12 months.