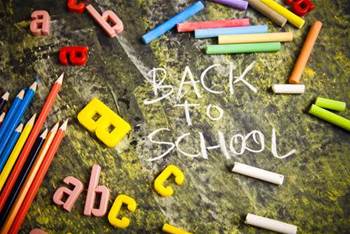 Website to launch amid threats to ban its data source.

The Federal Goverment will push ahead with a controversial website that exposes the national test results of schools despite union threats and suggestions the site has become Labor’s latest “internet debacle”.

The Australian Education Union had earlier issued an ultimatum to Gillard - either prevent MySchool becoming a ‘league table’ that named and shamed underperforming schools or teachers wouldn't hold the national tests that generated performance data for the site.

Gillard would not “rule anything out” if the national testing ban was enforced - setting the scene for a further showdown on the issue.

“Teachers, parents and principals are united in their opposition to damaging league tables which rank schools according to their test results,” the union’s federal president Angelo Gavrielatos said.

“Schools in disadvantaged areas will be publicly branded as failing schools. That unfair branding has a damaging impact on students, teachers and parents and makes the job of addressing disadvantage much harder.

“If the Federal Government refuses to protect students and school communities from the damaging effects of league tables, teachers will take action to protect them.”

MySchool will launch with data from the past two years of national tests. Gillard believed the threat by teachers to ban this year’s tests, due in May, would be bad for students, parents “and the future of education in this country.

“This is not about league tables,” Gillard said.

“It is about enabling parents and Australians generally to look at a school and see how it’s going and compare it with schools teaching similar students right around the nation.”

Gillard said the information on MySchool was “rich performance information”, not a league table.

She said MySchool would make it easier to identify top performing schools from which best practices could be learned.

It would also make underperforming schools easier to spot - so “we can be there with new resources and new reforms to make a difference”, Gillard said.

“I would say to the Australian Education Union the worst thing in the world is for a child to be in an underperforming school, not getting a good education and for no one to ever know about it and no one to ever do anything to remedy it,” she said.

“Transparency will make sure we shine a spotlight on where we need to do better as well as celebrating when schools are doing really well.”

That suggestion was quashed by the union.

“We don’t need league tables to work out which schools are struggling and need extra
resources. Governments already have that information,” Gavrielatos said.

He lumped MySchool into the same basket as other Labor-led websites that had failed to launch.

“The truth is that while Ms Gillard has adopted the Coalition’s policy to increase transparency within schools, her push to launch the Myschool website without giving principals the tools to address the inevitable concerns parents will raise is like asking a boxer to fight with one arm tied behind his back.”