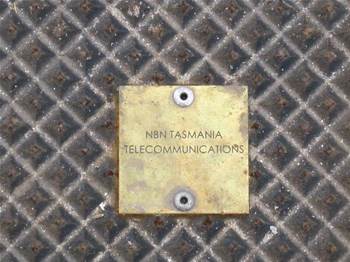 Labor MP Lara Giddings has been sworn in as Tasmania's 44th Premier, following the shock resignation of David Bartlett on Sunday.

Addressing the media in Hobart yesterday, Giddings said she had been "a deputy premier totally committed to my premier", accepting Bartlett's role only when he resigned for personal reasons.

Bartlett stepped down after almost three years of leadership and a challenging 2010 State election for Tasmania's Parliamentary Labor Party (PLP).

His decision to resign was "one that every member of the PLP caucus asked him not to do", Giddings said.

Describing the former premier as "a leader that we valued and stood firmly behind", Giddings promised to further several of his policies, including "working with the Federal Government to invest in a National Broadband Network".

Tasmania was the first state to be connected to the National Broadband Network, after it was deemed a "logical test bed" for fibre connectivity.

Prime Minister Julia Gillard yesterday acknowledged Bartlett's role in the Tasmanian NBN rollout, adding that she hoped to work with Giddings on the continued rollout of the NBN.

"David's belief in the importance of telecommunications also saw him secure the rollout of Australia's National Broadband Network ahead of every other state in the country," she stated.

The Prime Minister thanked Bartlett for his service to the people of Tasmania as Premier, and wished him well in his future in the Cabinet.

Although Bartlett announced that he did not intend to recontest the 2014 State election, he agreed to remain in State Cabinet as Attorney-General and Justice Minister.

Infrastructure Minister David O'Byrne was assigned Bartlett's portfolio of Science, Innovation and Technology - a role that consumer action group Digital Tasmania had hoped that Bartlett would spend more time on.

Prior to becoming Premier, Bartlett was manager of the Tasmanian Innovation Centre and a Tasmanian member of the Commonwealth State Science, Technology and Innovation Advisory Council.

He has computer science and business degrees from the University of Tasmania. Giddings has a Bachelor of Arts and a Bachelor of Law from the same university.

O'Byrne has a labour studies degree from the University of Adelaide. Prior to entering parliament, he had leadership roles in the Liquor Hospitality and Miscellaneous Workers Union and Unions Tasmania.