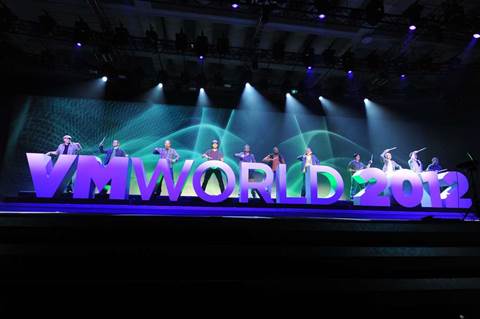 VMware has handed incoming CEO Pat Gelsinger the ideal opportunity to ingratiate himself amongst the company’s partners and customers, allowing him to formally announce the company will scrap its controversial vRAM pricing model at the VMworld 2012 conference.

Gelsinger, who takes over as CEO on September 1, first asked 20,000 VMworld attendees to give a standing ovation to departing CEO Paul Maritz.

But he enjoyed the most applause when he formally confirmed VMware will no longer price its software according to how much virtual RAM is allocated to a given virtual machine - a move first reported by CRN Magazine last week.

“Here at VMware we created a four-letter dirty word, vRAM,” Gelsinger announced. “I’m happy to say we’re striking this word from the vocabulary.”

The vRAM pricing mechanism will be replaced by a simpler, flat per-socket license.

[Click here for a breakdown of VMware’s new licensing model, for new and existing customers]. 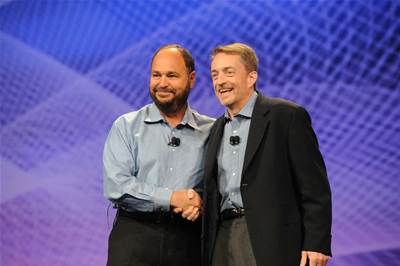 At a press conference held immediately after the keynote, it was Maritz that stepped forward to take personal responsibility for the unpopular pricing mechanism.

“Yes, [this] is an admission we made things overly complex,” he said a press conference after the keynote. “Mea culpa.”

Gelsinger, meanwhile, promised VMware would remain an independent company from EMC and predicted that the number of x86 workloads running on virtual machines would rise from 60 percent today to over 90 percent.

Existing customers may have smarted, however, when Gelsinger claimed the licensing changes came as a result of a survey of 13,000 customers completed just two months ago.

“We heard you,” Gelsinger told the VMworld audience. “There was one point that came back very loudly: change your pricing."

The vRAM pricing entitlement (or ‘vTax’ as it came to be known) caused customer ire from as far back as July 2011, and within a month of its introduction the company doubled the vRAM entitlement for Enterprise and Enterprise+ customers to appease those threatening to jump ship to Microsoft.

VMware’s second quarter financial results revealed that net income fell 13 percent on the same quarter last year, during an earnings period in which the company should reasonably have anticipated the opposite.

He feels the company was ostracised for being the first enterprise software vendor to brave a break with tradition.

“The software industry has long known that it needs a new licensing metric,” he said. “Moore's Law effectively discounts CPU-based software licenses by 50 percent every 18 months. While core-based licensing eases this problem, it still gets cheaper every year.

“But as VMware has painfully discovered, you meddle with processor-based licensing at your peril.

"What we’ve just seen is one of the three most powerful software companies in the world forced to raise the white flag and [adjust] its licensing model.”