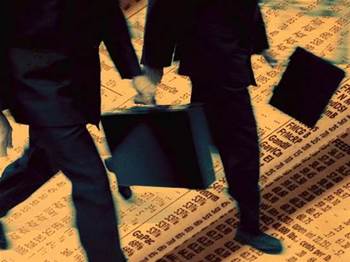 Microsoft chairman Bill Gates has lost his position as the world's richest man for the first time since 1995.

Gates, who is worth around US$60bn, has been overtaken by Mexican telecoms tycoon Carlos Slim.

The Mexican saw his wealth rocket to an estimated $68bn after shares in his firm Telmex jumped 27 percent over the past 12 months.

"When I put Slim ahead three months ago Forbes bumped him up to second place [in the world rankings] a few days later," García told Reuters. "Let's see if the same happens again."

If García is correct Slim's wealth is now equivalent to eight per cent of Mexico's GDP. Over half the population of Mexico survives on less than US$5 a day.

Slim is the 67 year-old son of Lebanese immigrants who made his money buying and revamping struggling companies. But it was his move into telecoms that propelled him to the ranks of the super-rich.

Gates and Warren Buffett, the world's third richest man, have both pledged to give away the vast bulk of their fortunes on their deaths, but Slim has no such plans.

"Gates has to study how he can [fight poverty] in the same way that Microsoft succeeded in business, because charity has not solved the problem," Slim told USA Today.

"It is based on my conviction that poverty is not fought with donations, charity or even public spending, but with health, education and jobs. Wealth is like an orchard: you have to share the fruit, not the trees."
Got a news tip for our journalists? Share it with us anonymously here.
Copyright ©v3.co.uk
Tags:
gateslongermannorichestsoftwareworlds