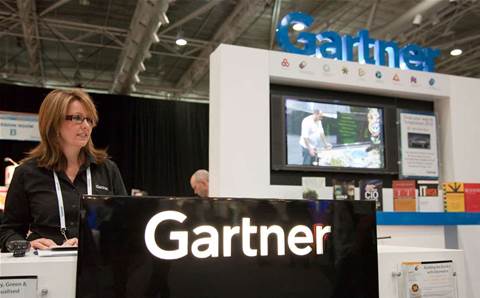 Do or do not, there is no try, says analyst.

Social networks such as Facebook and LinkedIn and governments' moves to open their data to citizen mashups is eroding the commonly received wisdom of whole-of-government buying of IT, an IT conference in Sydney was told today.

Speaking at the Gartner Symposium, Milan-based analyst Andrea Di Maio questioned if government IT departments could cling to monolithic buying practices in a world where there was a bidirectional exchange of information through mediums such as the professional reputation management site LinkedIn and social networks such as Facebook.

"Does whole-of-government (buying) make any sense? Should it be federated?" Di Maio asked a session today.

He suggested that to get the biggest bang from social networks, agencies should consider going back to doing their own buying and building - but that central government IT departments and CIOs had a role to create the superstructure to allow them to interoperate.

He said that for agencies looking to craft social media policies and engage with online communities it was all or nothing.

"You have to let it go," he said. "The only way to be a success is to accept risk. If you can't play by the rules of Web 2.0 [such as law enforcement agencies] then ignore it. There's no middle way."

But an audience member in the session was doubtful such an approach would work, saying federation -- where agencies created their own solutions that worked together more like a patchwork quilt than whole-of-government's tapestry -- made it more difficult to deliver integrated government services and increased risk.

Di Maio said CIOs had to enforce a rigorous common architecture that talked to internal and external sources of data.

Governments had moved almost through a full cycle of online development - starting from different agencies deploying their own websites to whole-of-government architecture and "one-stop-shop" portals. Today, they are moving to a distributed, "citizen-driven" approach that emphasised the "my-stop shop" - this being the users' preferred method of accessing government information including iPhone widgets and Facebook applications.

Governments were waking to the fact that they couldn't create a "Govbook" - they had to go where their constituents were and that was on consumer social media sites, he said.

This latest evolution was characterised by increased emphasis on the value of employees' social networks and publishing data to the public domain to allow it to be merged or "mashed-up" with other data sources.

Such actions were not without risks, with sex-offender data being combined with school location data in the US to deliver unintended consequences, he said.

In Italy, the government outsourced its tax auditing to the crowd by publishing for a day the private tax records of its citizens online, he said.

"Governments are institutions so there's a disconnect between people and organisations" in how people relate to others' online social presences, he said.

"Your employees are assets to make (Gov2.0) work. The earlier you focus on this particular aspect the earlier you'll find value from Gov2.0."

Gartner defines Gov2.0 as the "use of IT to socialise and commoditise government services, processes and data".

"If a government agency wants employees to use social networks the government must ask employees, 'Can I use your network of contacts?'"

And in another slap to CIOs' traditional concerns, Di Maio said that social media was above brash, financial return-on-investment considerations: "Don't start from [return on investment] but from purpose".

He said considerations such as value to constituents, operational efficiencies and political capital around brand, citizen engagement and greater focus on an agency's mission were more important than making the agency's money back.

Di Maio said that "Gov2.0 post-Obama looks political but it isn't ... it's about the machinery of government" such as the civil service.

He laid out "SOCIAL", a six-point plan that Gartner recommended for an agency considering dipping its toes in social media for organisational objectives:

SEEK out social networks to fit the agency's objectives.
OBSERVE what happens on them and what is discussed (known in online parlance as "lurking").
COMPLEMENT the discussion by joining in and providing non-controversial, vetted government information such as hyperlinks to information.
INVOLVE the agency in the discussion by having a staffer take a personal, job-related stance.
ASSESS the value of the network and how it furthered the agency's goals. Step back or away or somewhere else if it failed to meet expectations.
LEVERAGE the community relationship if it was successful by endorsing it or making it part of the agency's service delivery.

The biggest danger was that over-reliance on social media would exacerbate the digital divide, with those who possessed communications technology and with a will to use it having a greater voice in the machinations of government. Social media amplified those problems, he said.

To the question of which social media "horse to back" Di Maio suggested a two-year horizon for commitment to an external community, which was reviewed six months before expiry.

He said agencies needed to be more like teenagers, who moved their information and communications mediums wholesale every few years such as from SMS to e-mail and Facebook: "The problem [of which social networks to support] will be with you forever".