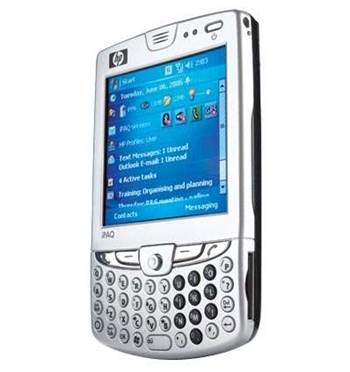 "Gartner believes that HP's first iPaq smartphone will not meet the expectations of HP's customers, and is unlikely to gain much traction in the consumer or enterprise markets," three of the firm's analysts concluded in a new report.

The analysts would only recommend the phone to niche groups of business users who require strong HP support and a single device across multiple geographies. "Other businesses should evaluate competitive products," said the report.

HP unveiled its iPaq 500 series Voice Messenger last week at the 3GSM show in Barcelona. The smartphone offers Wi-Fi and Edge connections and is powered by Windows Mobile 6.

The vendor entered the smartphone market nearly two years ago, but most of its early models looked like PDAs with a mobile phone slapped on. The iPaq 500 series is HP's first model to more closely resemble a consumer mobile phone.

The analysts criticised the device's outdated design, and questioned HP's decision not to include a full Qwerty keyboard which would have pitched it against RIM's BlackBerry.

Instead HP is opening the door for other vendors of Windows Mobile devices to sell into the enterprise market where the computer maker traditionally has a strong position.

Gartner also believes that several of the phone's features will appeal more to consumers than to enterprise users.

The device allows users to record audio messages that can be sent as a digital file, for instance, but the sound quality is generally poor and will not appeal to business users.

HP is offering the smartphone without a SIM lock through its own website, and the device will not be sold through carriers.

This decision effectively prevents the phone from getting discounted through carrier subsidies.

Got a news tip for our journalists? Share it with us anonymously here.
Copyright ©v3.co.uk
Tags:
blastsgartnerhardwarehpsoffensivesmartphone